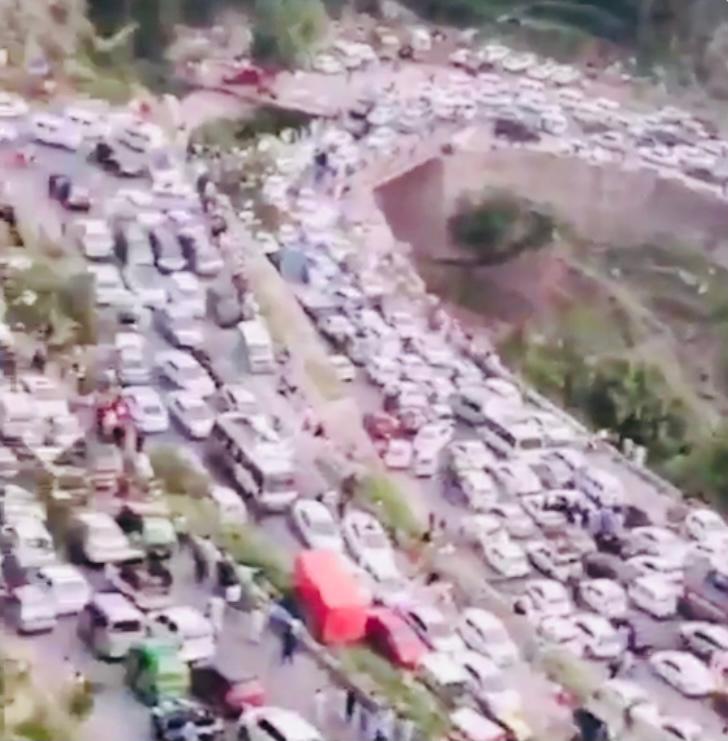 A 23-second viral video of a traffic snarl, reported to be of tourists returning from Himachal Pradesh after a massive landslide in Kinnaur that killed 9 people, is reportedly fake.

The Himachal government has denied that the video, which has gone viral, was from the state.

The video posted on micro-blogging site Twitter on Monday shows serpentine queues of vehicles on a highway stuck in a huge jam. The user claimed that the video was from Himachal while the tourists were returning from Kinnaur.

But the Himachal government trashed these claims asserting that the video was not from the state. A  government release informed here that a fake video was being made viral on social media regarding massive traffic jams in Himachal Pradesh and tourists were leaving the state in large numbers.

The release further said that all major highways were open for traffic with no major snarls reported from anywhere. The government said that the tourists were welcome in the state and are requested to follow Covid appropriate behaviour.