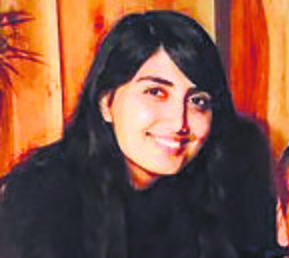 A 30-year-old California-based Indian-origin woman techie Anjali Ryot, who travelled to Mexico to celebrate her birthday, was one of the two foreign tourists killed in a shootout between two gangs in the Caribbean coast resort of Tulum. The incident occurred on Wednesday night. Anjali Ryot was killed along with a German tourist in the crossfire. Ryot arrived in Tulum on Monday prior to her birthday on October 22, reports said. Her Instagram account listed her as a travel blogger from Himachal Pradesh, living in San Jose, California. Ryot had been working as a Senior Site Reliability Engineer for LinkedIn since July. On Wednesday night, Ryot and four other foreign tourists were dining on the terrace of a restaurant when four men armed with assault rifles fired at an adjoining table around 10.30 pm.

Stray bullets hit the foreigners. Ryot and the German woman were killed, while the three others—from Germany and the Netherlands—were wounded.

Solan-based parents of Ryot were shattered when they got a call about her death from her brother. Her father KD Ryot said it was difficult for him to believe that she was no more.

Anjali and her husband Utkarsh Shrivastava had gone to Mexico to celebrate her 30th birthday on October 22 from their current home at San Jose city in California of the United States, her father said.

Former Director of the Himachal Pradesh’s Animal Husbandry Department KD Ryot and his wife Nirmala Ryot recalled that their daughter had spent three-four months with them at Solan last year after the Covid-19 outbreak. Anjali was fond of travelling and was a travel blogger too, her father added. Efforts were on to bring her body to Solan for the last rites, he said. — PTI