Himachal Pradesh notice to NHAI for dumping debris along Beas 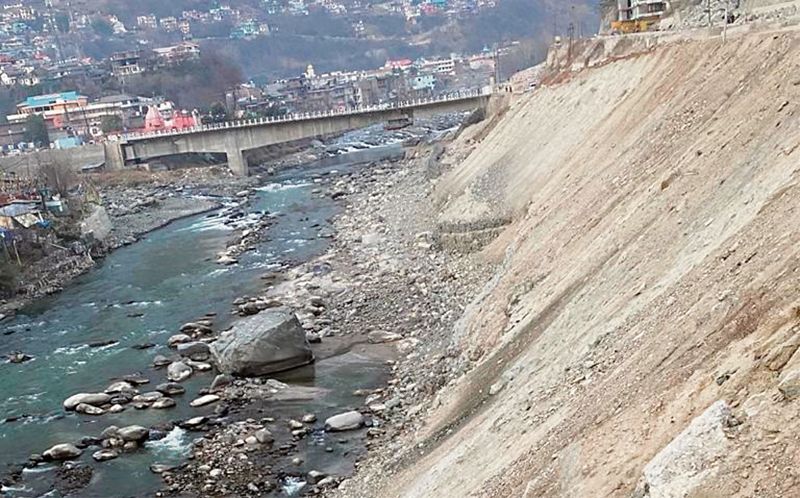 Debris from highway construction dumped along the Beas in Kullu. - File photo

Taking a stern note of dumping of debris by the National Highways Authority of India (NHAI) along the Beas, the HP Forest Department has directed it to take corrective measures.

Angel Chauhan, Divisional Forest Officer (DFO), Kullu, said to protect the sites where debris had been dumped illegally from landslides and subsidence, the department had sent a notice to the NHAI directing it to plant saplings using jute matting technology. He said rolls of jute mats would be laid by anchors on steep slopes having holes at uniform distance for plantation. The process would help prevent landslides, he said.

The construction of the Ramshila-Manali road was completed 18 months ago, while 95 per cent of work on the Jia-Ramshila road is finished.

Chauhan said dumping sites provided to the National Highways Authority of India were largely found vacant and it was found that its contractors had dumped the debris at many places along the Beas, ruining the ecology of the region.

The DFO said despite several notices and fines worth lakhs of rupees, the National Highways Authority of India failed to take corrective action. He said due to repeated offences, an undertaking had been sought from the NHAI to revamp the damaged area.

Abhishek Rai, an environmentalist, alleged construction contractors usually ignored the norms and caused irreparable damage to the environment. Strict and exemplary action should be taken against erring persons and firms, he said.