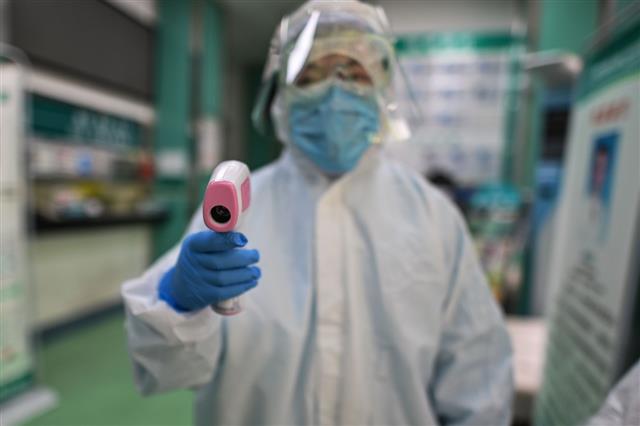 Four more people tested positive for coronavirus in Himachal Pradesh on Tuesday, taking the total number of such cases in the state to 561.

Special Secretary (Health) Nipun Jindal said two fresh cases were reported from Kangra district and one each from Kinnaur and Mandi.

In Mandi, a 39-year-old man from Sarkaghat, who had returned from Chandigarh, tested positive for the novel coronavirus, a district official said.

The man had gone to Chandigarh on June 12 and came back the next day, the official said, adding that he was not put under home quarantine as he had returned within 48 hours.

On Monday, he went to the flu out-patient department (OPD) in Sarkaghat hospital for check-up, he added.

Being symptomatic, he is being taken to Ner Chowk Medical College, he added.

In Kangra, a 24-year-old man and his 20-year-old brother from Kuhna village tested positive for the novel coronavirus, a district official said.

They returned from Delhi on June 12 and were being shifted to the dedicated COVID care centre in Baijnath.

Meanwhile, 19 patients—Kangra 12, Una and Bilaspur 2 each and Kinnaur, Mandi and Solan 1 each—cured of COVID-19 since Monday 9 pm, Jindal added.

In Kangra, 12 persons—nine were admitted at DCCC Dadh and three at DCCC Baijnath—have recovered and were discharged with advice of home isolation for a week, a district official said.

Seven people have died due to the infection in the state.

The number of active COVID-19 cases in the state stands at 180, Dhiman said.