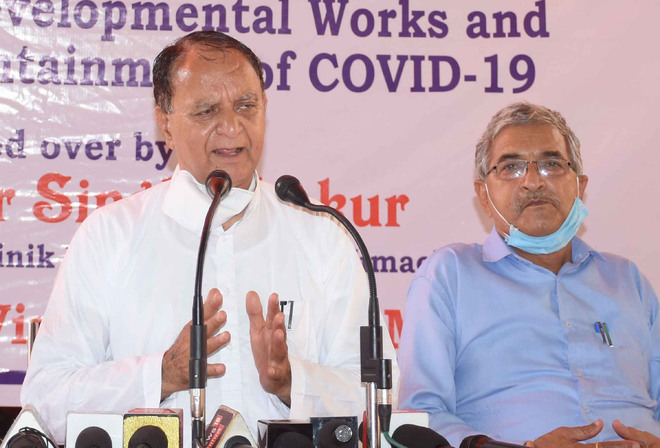 President and general secretary of the HGCTA Dharamvir Singh and RL Sharma, respectively, termed the minister’s statement as irresponsible. They said that it showed the sick mentality of the minister and what was more hurting was that his followers were laughing.

A video of minister Mahender Singh has gone viral in which he says, “mastero ne to maja kiya” (teachers enjoyed during Covid) and became frontline workers to get vaccinated

A video of Mahender Singh had gone viral in which he said “Mastero ne to maja kiya” (teachers enjoyed during Covid) and had become frontline workers to get vaccinated. The teachers are demanding a public apology from the minister.

The teachers were not sitting at their homes on their own will. They were engaged in online teaching, besides performing other multifarious tasks during the pandemic, they said. The minister was pointing a finger at the decision of the state government declaring the teachers as frontline warriors, they added.

The teachers also requested the central leadership of the All-India Federation of University and College Teachers Organisations to take the statement seriously and condemn it. They said it was an insult to the department amid Covid when the teachers were doing their duties honestly and helping students by deploying their own resources.