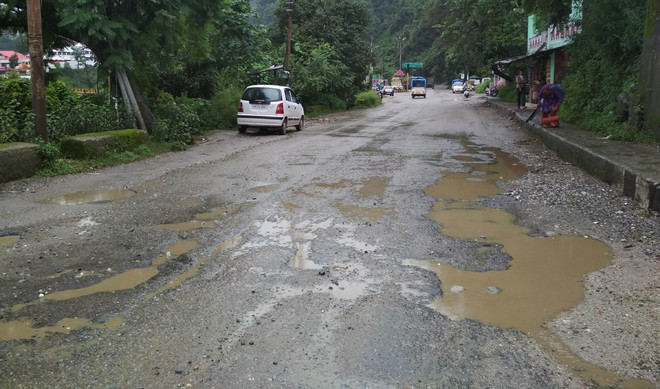 POTHOLES on the highway between Gurdwara and Bheuli bridge near the Mandi bus stand are causing inconvenience to people. The problem worsens during the rainy season. The authorities concerned should repair these potholes on priority. Naresh Kumar, Mandi A rain shelter in Sujana village near the Jubbarhatti airport seems to have become a hotspot for alcohol parties during the night. The shelter is often found littered with alcohol bottles and food wrappers. Consumption of liquor at a public place can lead to law and order problems. The police should conduct surprise checks and catch the offenders. Rohan Sharma, Jubbarhatti