Count likely to go up, SIT inquiry to conclude soon 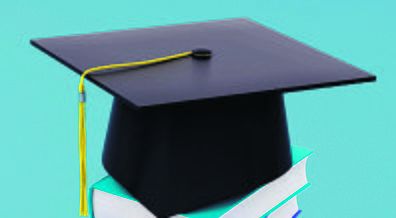 The number of fake degrees allegedly sold by Manav Bharti University (MBU), Solan, is all set to cross the 50,000 mark. The investigation agencies have detected over 45,000 fake degrees and digital evidence in respect of another 5,000 is being verified.

Certificates were priced at Rs1-3 lakh

The special investigation team (SIT) of the CID had recovered 55 hard disks which were being scanned. The investigation has now reached its conclusive stage, official sources said, adding that the number of fake degrees could mount further as the process of scanning the retrieved data was still on.

The investigation pointed out that fake degrees were sold outside the state through agents for Rs 1-3 lakh in cash deal in majority of the cases.

Properties worth Rs 194.74 crore out of Rs 440 crore linked to the crime proceeds were attached. Raj Kumar Rana, chairman, Manav Bharti Charitable Trust, is the main accused. The extradition process to bring back his wife, son and daughter from Australia is in progress. Various teams are looking into financial transactions, land deals, digital evidences and interstate links as well as identification of fake degrees. A case under Sections 420, 467, 468, 471 and 120-B of the Indian Penal Code (IPC) was registered against university officials on March 3, 2020. As many as 36,000 fake degrees were detected in January last year.

In 2019, the University Grants Commission had pointed out that two private universities allegedly sold about 5 lakh degrees and asked the authorities concerned to conduct a thorough inquiry into the allegations against Alakh Prakash Goyal (APG) University (Shimla) and Manav Bharti University (Solan).