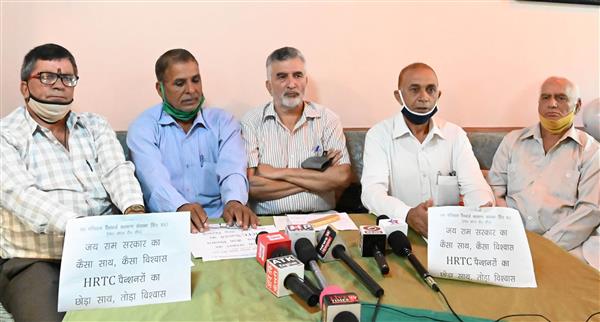 HRTC pensioners during a press conference in Mandi on Monday.Photo Jai Kumar

The Himachal Road Transport Corporation (HRTC) pensioner welfare association has announced to protest against the state government in Mandi town regarding their long-pending demands on September 15.

“The state government is planning to purchase more buses, while buses are lying idle at several places across the state due to lack of adequate staff. The government has sufficient money to purchase buses but is reluctant to clear our dues,” said Dhiman.

“We tried to raise our issues with the HRTC minister but he paid no heed. We also met the Chief Minister Jai Ram Thakur over this issue but he did nothing,” he said. “Now we have decided to stage a massive protest in Mandi town on September 15,” he said. — TNS