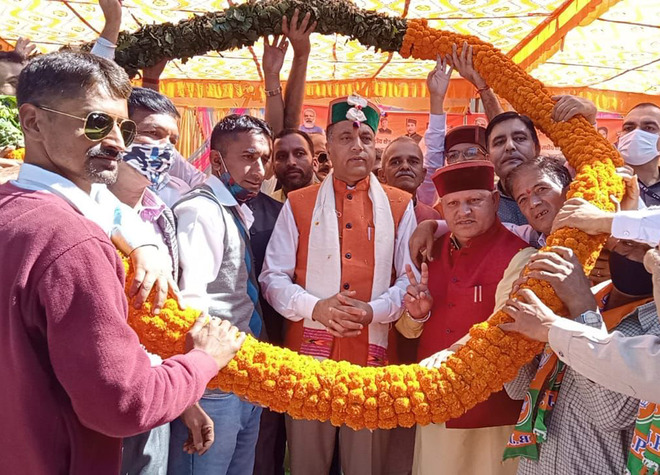 At Kelodhar, the CM said, “The statement of Congress candidate Pratibha Singh regarding the Kargil War, in which she stated that it was not a big war, has hurt me. As many as 527 soldiers laid down their lives for the sake of the country, of which 52 martyrs were from Himachal. Congress leaders should refrain from giving such comments during the election campaign.”

“Pratibha also said that earlier she was not interested in contesting the Mandi Lok Sabha byelection. If so, then she should not contest under compulsion,” Thakur stated.

The Chief Minister said that factionalism in the Congress had come to the fore. Each leader was trying to prove himself bigger. “The Congress has roped in Navjot Singh Sidhu and Kanhaiya Kumar as its star campaigners in the state. It was Sidhu, who first called Rahul Gandhi ‘Pappu’, while Kanhaiya Kumar is facing sedition charges,” he said.

“Pratibha Singh has served two terms as MP from Mandi. She should tell her achievements to the public first,” he said.