In Barotiwala school, 8 teachers for 1,187 students 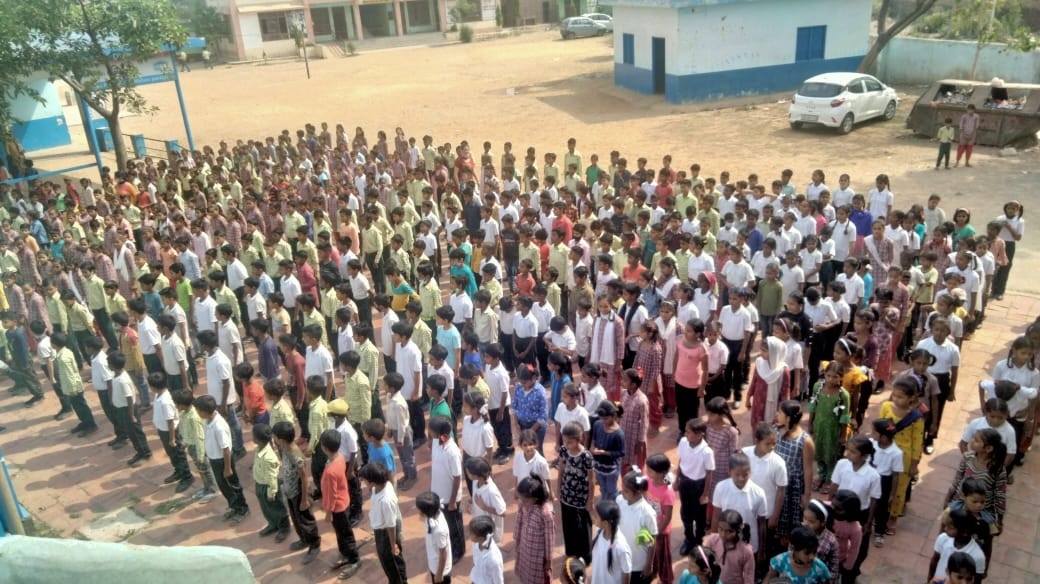 Students attend the morning assembly at Government Primary School at Jharmajri in Barotiwala.

There are eight teachers for 1,187 students at Government Primary School at Jharmajri in Barotiwala while five posts of teacher are vacant. The high strength of students in this school, which was established in 1954, is attributed to the absence of primary schools in nearby areas. No new primary school has been opened in the area in the past several years.

It has eight teachers while five posts of teacher are vacant

It has a student-teacher ratio of 148:1 against standard ratio of 30:1

The students’ strength rose from 700 to 1,187 in April after 487 children were shifted there from four schools

The school is located in the Barotiwala industrial belt and has a large number of students belonging to migrant families from Uttar Pradesh and Bihar. As per the norms, the student-teacher ratio should be 30:1 but in the Jharmajri school it is 148:1.

Neelam Kumari, Central Head Teacher of the school, says that there are a few rooms in the school to accommodate such as large number of students and each class has about 120 to 145 students. The school was opened in 1954 with 200 students. Local people have urged the government to open another school at Lakkar Depot at Barotiwala.

“Even cooking mid-day meal is a big challenge, as the students’ strength in the school suddenly rose from 700 to 1,187 in April after 487 students studying in four educational centres meant for the migrant population in this industrial belt were shifted there. With barely eight teachers and five vacancies, the present staff faces challenges such as managing students and providing them mid-day meal”.

Arranging LPG cylinders is another challenge for the school, as two cylinders available barely last a few days, says Neelam. The other primary school at Kunjhal village is located 2 km away.