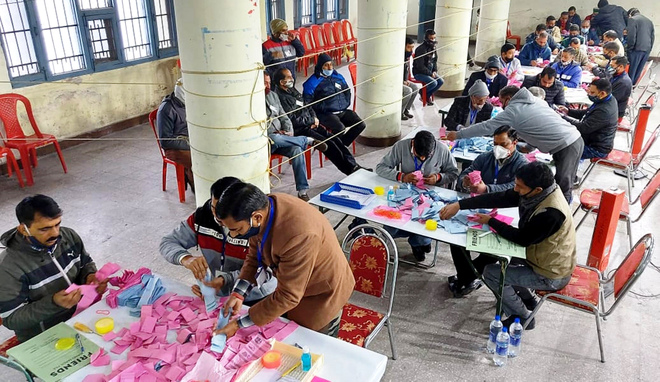 The counting of votes in progress in Una subdivision on Friday. Tribune photo

While the counting of votes for the Panchayat Samiti and Zila Parishad seats in the five-tier Panchayati Raj elections began at 8 am today, the results have been coming in trickles and the counting process promises to continue almost through the night.

However, the initial results of the Zila Parishad, having a total of 17 seats, have gone in favour of candidates owing allegiance to the Congress. Of the two Zila Parishad results declared till 8 pm, District Mahila Congress president Urmila Sharma has won the Basal Upper, while another staunch Congress worker Rajni Devi won the Ambota Zila Parishad seat.