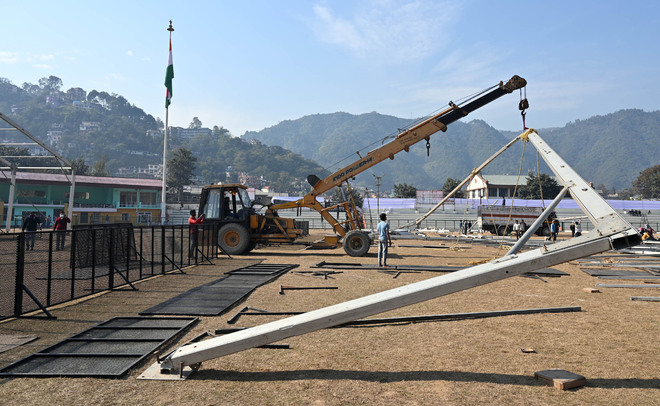 Preparations on for the Prime Minister's December 27 visit to Mandi. Photo: Jai Kumar

Chief Minister Jai Ram Thakur today presided over a meeting of senior officers of the state government to review the preparedness for Prime Minister Narendra Modi’s visit to Mandi on December 27.

He said the district police should also ensure smooth plying of vehicles, parking of buses and other vehicles.

The Chief Minister asked officers to ensure that general public does not face any inconvenience due to the event. He also said every bus carrying people must be accompanied by a liaison officer and they should reach the venue well in time.