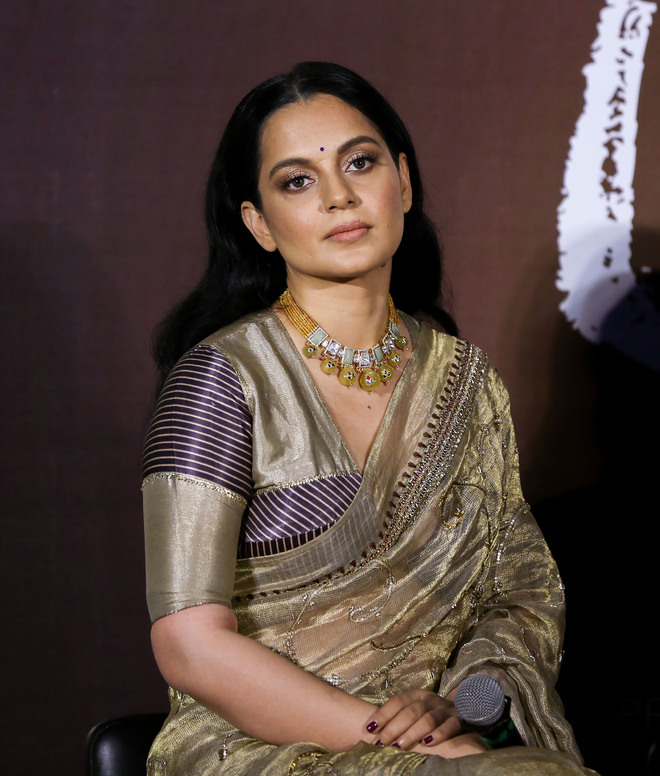 Manpreet Singh of Bathinda had given her threat on the Facebook

Actress Kangana Ranaut has once again landed in a controversy and registered a complaint at the Manali police station against a Bathinda youth for issuing life threat to her.

In her complaint, Kangana has stated that Manpreet Singh of Bathinda had issued her life threat on Facebook.

Kangana said the accused had insulted and defamed her, causing irreparable damage to her personal and public reputation and goodwill in society.

Other unscrupulous elements had also commented on Manpreet’s post, which had flared up the issue.

The actress said she had made a remark in a post against the terrorists involved in Mumbai attacks of November 26, 2008. In the post, the actress stated, “Remembering the martyrs of the terrorist attack in Mumbai...never forgive or forget the traitors.” The comments made by Manpreet and others on her post were misconceived, she said.

Kullu Superintendent of Police Gurdev Sharma said a case had been registered against Manpreet Singh and others. A probe would also be conducted, he added.

She was not afraid of such threats and would continue to speak against those who conspired against the country, Kangana added.