A massive landslide near Nigulsari in Kinnaur district on Wednesday killed 14 persons, including a child and five women, and injured 13 others while 50 are feared buried under the debris.

The tragedy struck around 12.30 pm. Several vehicles, including a truck and 42-seater Himachal Road Transport Corporation (HRTC) bus, were hit by the landslide. The bus was on its way from Reckong Peo in Kinnaur to Shimla. 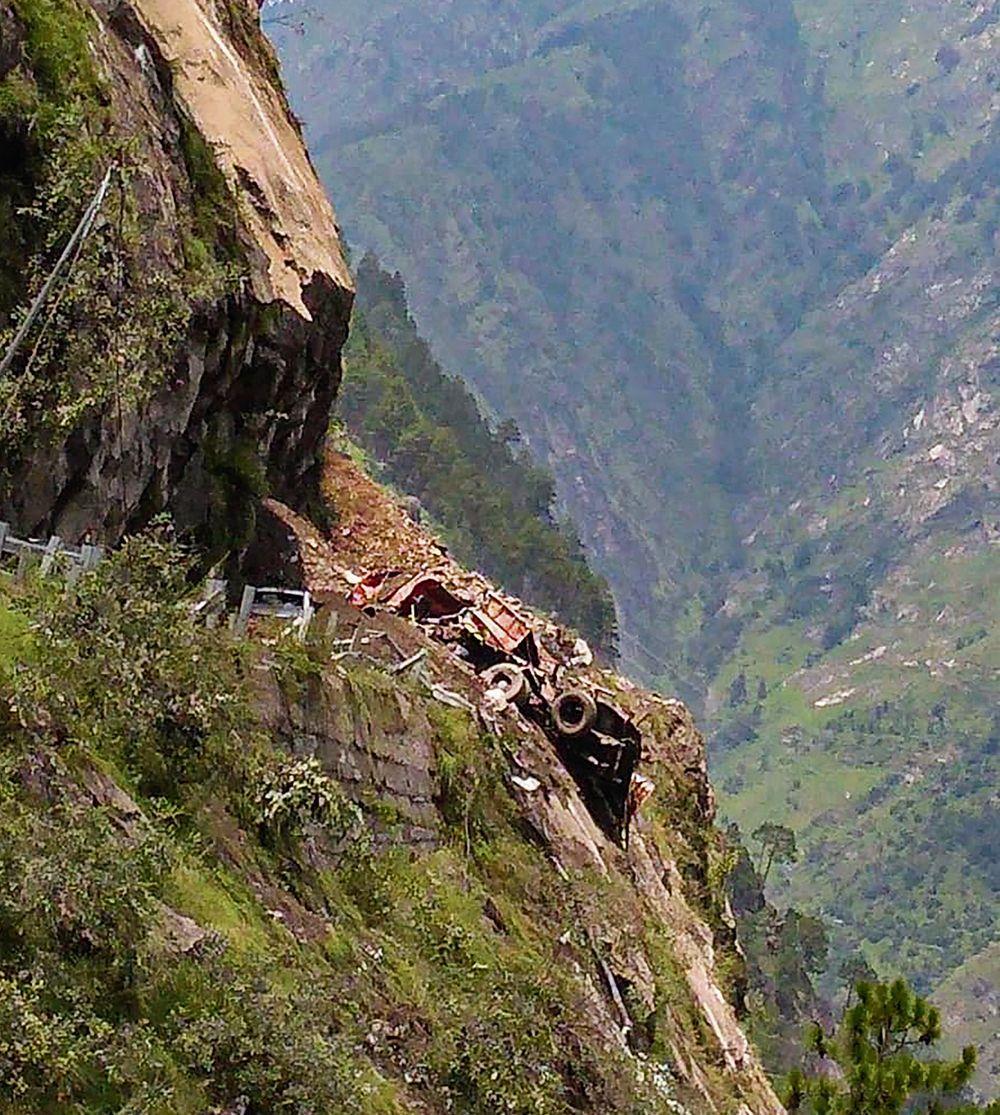 The incident was reported by the bus driver, who was seriously injured. The bus and at least three other vehicles, including a Bolero and Tata Sumo, were buried under the debris while the truck was hit by a boulder and plunged into the Sutlej.

Kinnaur SP Saju Ram Rana said 10 bodies had been recovered from the rubble so far. He said the rescue operation was being carried out by ITBP, police and NDRF personnel while 10 ambulances and four earth-movers were also at the spot.

Due to darkness the operations were halted for sometime during the night but were resumed at 6 a.m and wreckages of HRTC bus has been spotted. Over 100 personnel of ITBP, Army and police are engaged in operations. Chief minister Jai Ram Thakur is expected to visit the slide site shortly.

A video clip of the landslide showed boulders falling down the mountainside into the Sutlej river below. This was followed by a big chunk of the mountain collapsing on the National Highway 5 and into the river.

Earlier, the Tata Sumo was located under the debris and its eight passengers were found dead, he said.

A car was partially damaged while another was fully damaged. The rescue teams were trying to pull them out with the help of a crane, officials said. The rescue had to be halted late in the evening as boulders were rolling down the mountainside, posing grave risk to rescuers.

Chief Minister Jai Ram Thakur, who apprised PM Narendra Modi and Home Minister Amit Shah of the situation, said both of them had assured full support to the state. The PM announced an ex gratia of Rs2 lakh each from the PM’s National Relief Fund to the next of kin of landslide victims while Rs50,000 each would be given to the injured.

One body yet to be identified

Dispel impression that you are dragging your feet, SC tells UP SIT on Lakhimpur Kheri violence

A bench of Justices DY Chandrachud and BV Nagarathna allows ...