Kupvi CHC caters to 20,000 persons, but has no ambulance

The hospital is short of staff and facilities too 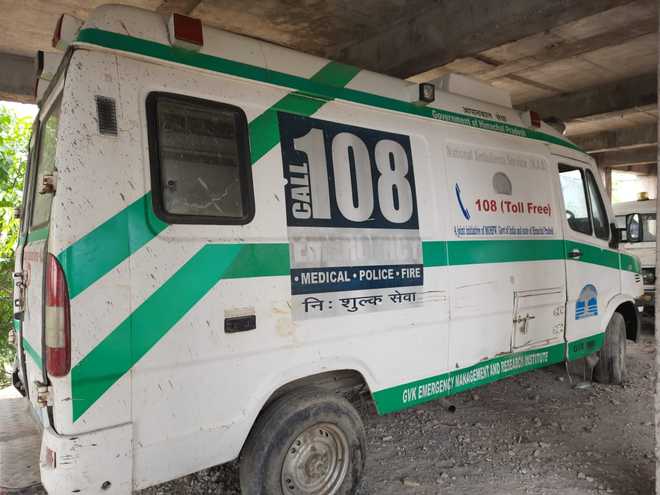 At Church Kupvi the Red Cross ambulance broke down years back and 108 ambulance not functional since December. Tribune photo

The Community Health Centre, Kupvi, has been without a functional ambulance for the last six months. While the hospital’s own ambulance broke down years back, the 108 Ambulance has not been operational since December. Given the remote location of the place and the raging pandemic, the non-availability of a functional ambulance could prove dangerous to local people.

“We have apprised the Chief Minister, Secretary Health, local MLA, CMO Shimla and BMO about the problem but nothing has been done so far,” said Lokender Chauhan, a local youth. “The CMO had visited the hospital on March 23 and she had assured us that a new ambulance would be provided within 15 days. More than a month-and-a-half has passed since then, but again nothing has happened,” he said.

Incidentally, the hospital caters to around 20,000 people of the area. Besides, the hospital is short on staff and facilities. Therefore, most cases have to be referred to other centres like Solan and Shimla, both around 150 km away from the place.

“We ask for ambulance generally from Haripurdhar or try and arrange taxis to shift the patients,” said a doctor from the hospital.

A hospital employee said that sometimes ambulances are either not available at other hospitals or take long time coming. “Serious patients can’t wait that long and lose their lives waiting for the ambulance,” he said.

Chauhan said the non-availability of functional ambulance is even more dangerous in the times of the pandemic.

“What happens if a Covid patient isolated at home needs to be shifted immediately to either Shimla or Solan?” asked Chauhan. As per the doctor, there are around 20 patients in home isolation in the area.

“We have written to the Chief Minister to again apprise him of the problem the people of the area are facing. We hope he will understand and do something about it,” said Chauhan.