Landowners threaten to move court over NOC on mining 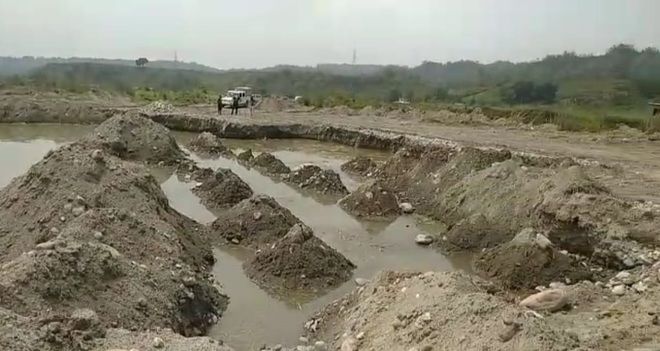 The confrontation among residents of Bathan panchayat and owners of land to be leased out for mining in the village cannot be ruled out. The owners of the land today threatened to move the High Court against the panchayat and locals if they refused to grant NOC for mining activities to the state government. Bathan panchayat pradhan Seema Devi and other members had already refused to grant the NOC for mining activities in the village keeping in view the environmental degradation.

Rajinder Singh, owner of the land, told mediapersons here today that he was being “harassed” by the panchayat and residents of the area for the last two years and failed to get the NOC. He said it was his personal land and the panchayat had no right to refuse the same. He said he would claim damages in the High Court.

However, Seema Devi said since the villagers were not ready to allow mining, therefore, the panchayat had refused to grant the NOC. She said the final decision would be taken on February 23, when the General House of the panchayat would meet in the presence of the SDM.

She said the state had made a legal provision in law empowering panchayats for granting the final NOC, therefore, the panchayat was following the legal course in rejecting the proposal. — OC