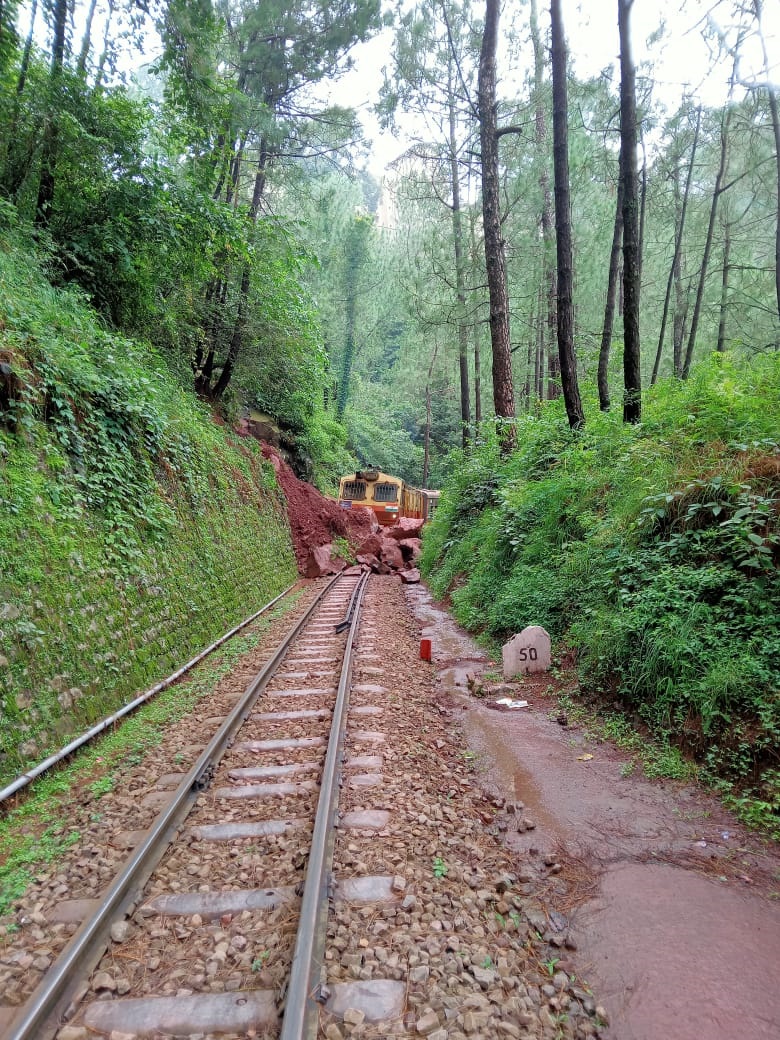 Trains on Kalka-Shimla rail track came to a halt after a landslide at Patta Mor between Dharampur and Kumarhatti in Solan district on Thursday. Tribune Photo

Rail traffic was put on hold on the Kalka-Shimla rail track after a massive landslide blocked the track at Patta Mor between Dharampur and Kumarhatti this morning.

Rail staff informed that the 52451 train en route Kalka-Shimla route was halted as debris fell on the track between Dharampur and Kumarhatti.

Rail staff rushed to the spot to clear the track of the debris. Big boulders had rolled down from the hill along with debris.

Taxis were arranged for the passengers stuck in various trains at Dharampur, Koti and other places for their onward journey. Several trains on the track were put on hold as rail traffic could not be restored till evening.

Three trains were terminated at Dharampur while another was halted at Koti. Five trains on the Dharampur-Shimla route and one between Shimla and Kalka were cancelled for the day, informed rail officials.

There were about 100 passengers on board when the landslide took place. They escaped unhurt as the driver exercised caution and applied brakes though the engine was stuck in the debris.

At least three such mishaps have occurred on this track in the current monsoons.