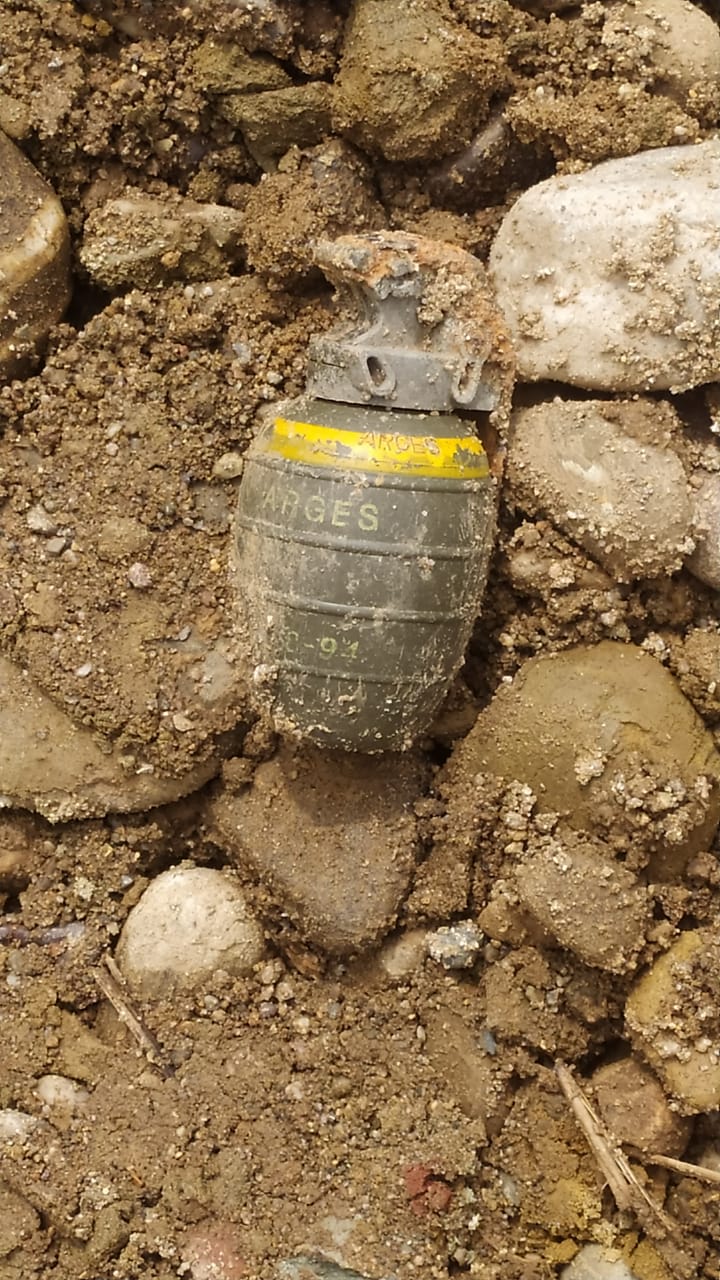 A foreign-made live grenade, bearing number 005-94, was recovered near Bhadroya under the Damtal police station in Nurpur on Friday. As per information, the grenade, likely made of China, was first spotted by the workers of the NHAI who were working to remove debris from the Pathankot-Jalandhar four-lane stretch adjoining Bhadroya around 11 am. They intimated the local Damtal police station. The police team rushed to the spot and later it was joined by Kangra ASP Badri Singh and Nurpur ASP Surinder Sharma. The spot was also examined by the Pathankot district police.

The police also reported the recovery of the foreign live grenade to the Army authorities, 180 FOD, Pathankot. A team of ordinance experts, led by Major Gagandeep Singh, exploded the live grenade this evening in the presence of Punjab and HP police officials and the Indora SDM. A case under the Explosives Act has been registered with the Damtal police station.