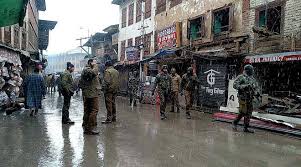 The Kangra police have recovered a live grenade near a natural rivulet in Damtal area of the district. After the recovery of the live grenade, the entire area has been cordoned off.

Kangra SP Vimukt Ranjan, when contacted, said the area from which grenade has been found adjoins Punjab.

“At present, nothing can be said how the grenade reached that place. The entire area has been cordoned off and combing operation was being conducted in the adjoining areas. The Army authorities have also been informed and their team will come in the morning to defuse the grenade,” the SP added.

Damtal area of Kangra district adjoins Pathankot district of Punjab and is near the Indo-Pak border. Some villages in the area are infamous for drug peddling.