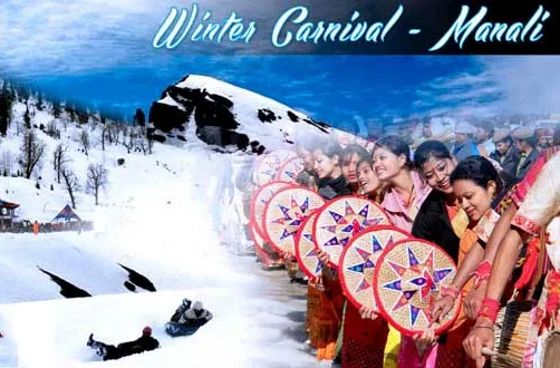 Education Minister Govind Singh Thakur said the Manali Winter Carnival would be celebrated from January 2 to 6. While presiding over a meeting regarding the preparations for the carnival in Manali yesterday, he said the festivities were disrupted during the last two years due to the Covid outbreak. He added that Chief Minister Jai Ram Thakur would be invited for the inauguration of the carnival.

The minister said this year’s carnival would be based on the theme of promoting tourism activities in Manali and in the district. He said lakhs of tourists visit the popular tourist hotspot to celebrate the New Year. Their stay could be prolonged through the winter carnival. He said activities like paragliding, river rafting, skiing, ice skating, etc, would be organised in a planned manner during the carnival. Efforts would be made to encourage tourists to enjoy these sports. Many indoor and outdoor games would also be organised.

Thakur said theme-based activities would be organised and efforts would be made to give a different theme to each day of the carnival . The delicacies of the district would be made available to tourists through stalls. “Efforts will be made to arrange women’s troupes in traditional clothes during the carnival so that local ‘pattu’ and shawls get a boost,” he said.

The minister said colourful cultural programmes would be organised on all days of the carnival at Manu Rangshala to entertain tourists as well as the locals. Folk dance competitions of local Mahila Mandals, Yuvak Mandals and cultural groups will also be organised. The objective was to apprise the visitors of the local culture, he said.

The Winter Queen and Voice of Carnival competitions will also be held during the carnival.

The minister directed the Manali SDM to constitute various sub-committees for the carnival.