Manali-Leh highway blocked due to heavy snowfall, stranded run out of food, money 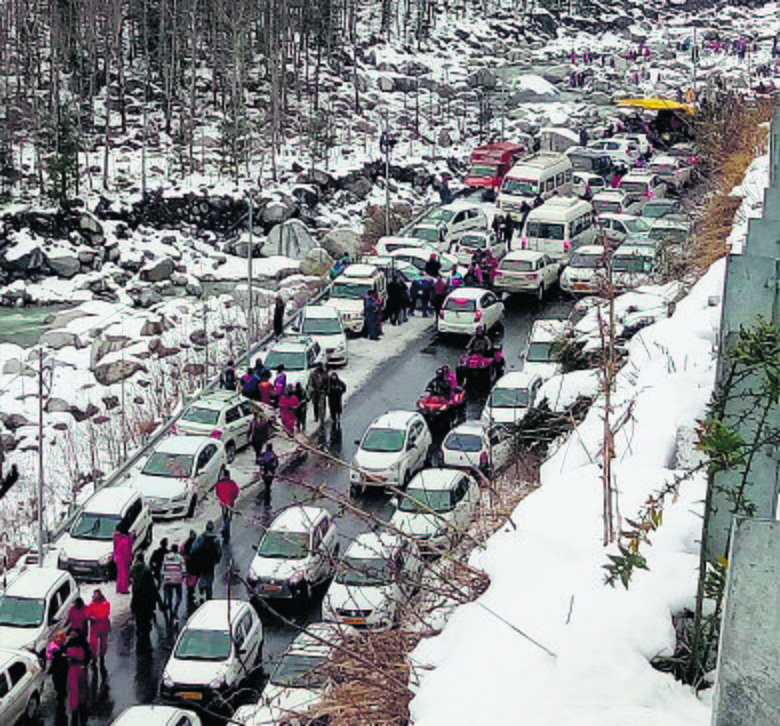 Photo for representation only. file photo

The Manali-Leh highway between Darcha in Lahaul and Sarchu in Leh has remained blocked for the past one week, causing much hardship to those stranded. Heavy snowfall at Baralacha La and nearby areas has brought highway traffic to a halt.

Sources say a large number of vehicles, including trucks carrying vegetables, are stuck at Darcha. The drivers fear the vegetables may be damaged in case the traffic is not resumed by the Border Roads Organisation in a couple of days. A worried Chamel Singh, a truck driver, said, “We are running out of food and money. The vegetables have begun to rot. The losses incurred will be substantial.”

Achey, a student from Leh, who is stuck in Manali, said he too had run out of money. Kaka, a native of Leh, camping at Manali with his wife and child for the past four days, said: “It is the responsibility of the local administration to ensure that the traffic is funtional round the clock. Many labourers travelling to Leh are forced to shell out Rs 400 per day for their stay in Manali. The administration must come forward to help them.”