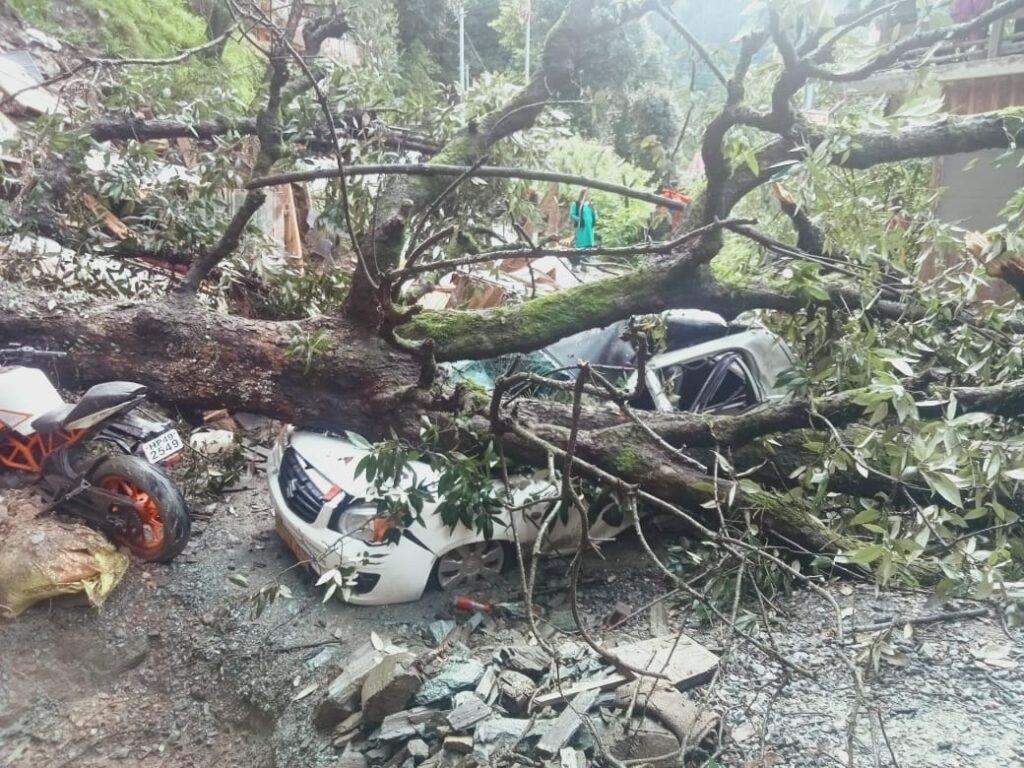 Vehicles damaged after a tree was uprooted in Banjar subdivision at Kullu on Saturday. Tribune photo

The Manali-Leh and Gramphu-Kaza highways were closed due to fresh snow at Baralacha Pass and Kunzum Pass in Lahaul and Spiti. A landslide also blocked Anni-Luhri road.

A tree fell due to a landslide and damaged a tourist hut, one parked car and two motorcycles in Khadagadh panchayat of Banjar subdivision last night. The NH 305 was blocked between Jibhi and Shoja. The work to remove the fallen tree on the road had been started by the NH Authority. NH 305 Assistant Engineer Tehal Singh Sharma said that the road would be restored soon.

Meanwhile, rivers and rivulets in the district were in spate. Manali recorded 36 mm of rain while Bhuntar recorded 27 mm of rainfall during the day. The rains have hampered the apple harvesting in the valley. The rains have also halted various aero and water adventure sports.

Landslips triggered by rains blocked a few rural roads. However, no major incidents of loss due to the prevailing inclement weather conditions were reported.

The district administration has issued an advisory to public to avoid venturing in landslide prone areas or near the rivers and rivulets in view of inclement weather.