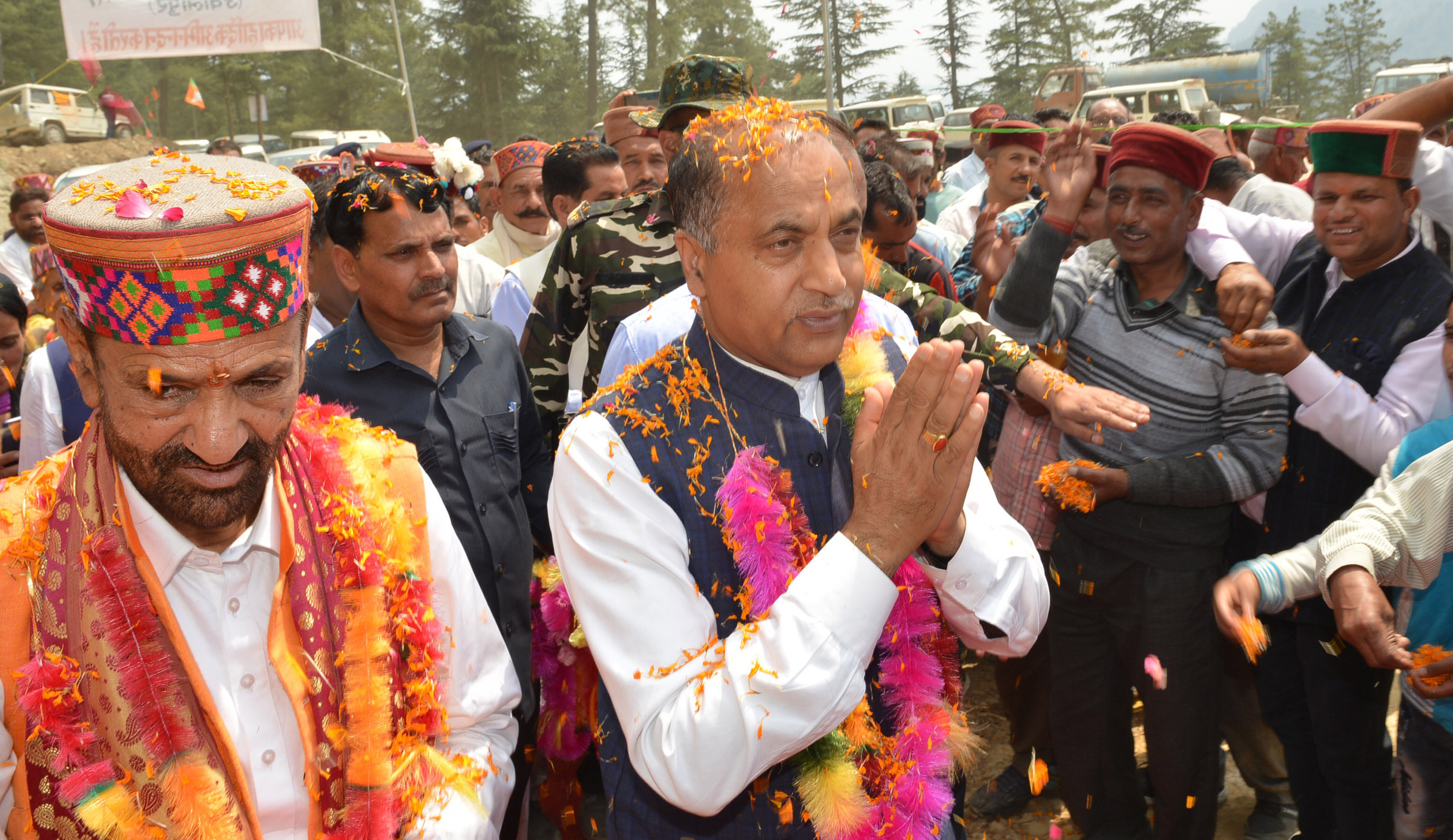 CM Jai Ram Thakur being welcomed during his visit at Drang in Mandi. Photo: Jai Kumar

Addressing a public meeting at Sayol near Pandoh, the CM said there was an uncertainty among Congress leaders and many were leaving the party because they felt that their hard work was of no value in the Congress.

Targeting the senior Congress leader Kaul Singh Thakur, the CM said Kaul Singh was ignored in his own party.

The CM announced the opening of Government Degree College at Pandoh.

“Pandoh is the centre of 25 panchayats of four constituencies — Drang, Seraj, Nachan and Sadar Mandi. With the opening of the college, about 36,000 people and about 2000 students of 15 Government Senior Secondary Schools in these panchayats will benefit,” said the CM.

Earlier, he inaugurated a lift irrigation scheme at Nagwain constructed at Rs 1.15 crore. This scheme would provide irrigation facility for 100 hectares in the area. He inaugurated a housing complex for doctors of Primary Health Centre, Shivabadar, and Government Senior Secondary School, Shiva.

The CM was accompanied by Drang MLA Jawahar Thakur and other local BJP leaders of the area.