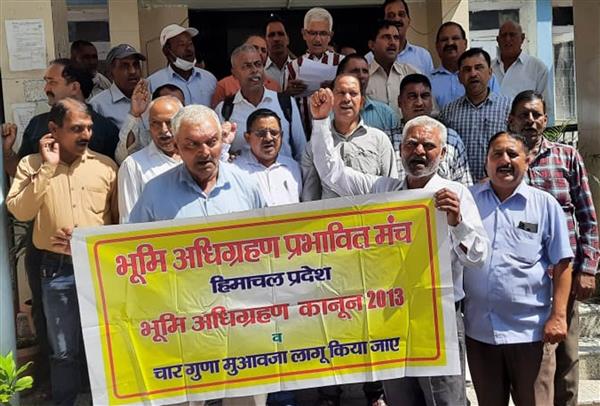 People of Mandi district who are affected by the four-laning project today staged a protest march under the banner of Bhumi Adhigrahan Prabhavit Manch, led by its president BR Kaundal.

Kaundal said the affected people of the district were demanding fair compensation for their land.

He said for the Kiratpur-Manali fourlane project, people of Mandi, Kullu and Bilaspur districts had lost their land. Now, the widening of the Mandi-Pathankot highway is under process for which people of the district have to lose their land.”

“During the Assembly elections, the BJP had promised to give adequate compensation to the people affected by the highway widening project. But the state government has backtracked on their promise,” he said.