10 properties sealed in Jalandhar for non-payment of tax : The Tribune India

10 properties sealed in Jalandhar for non-payment of tax 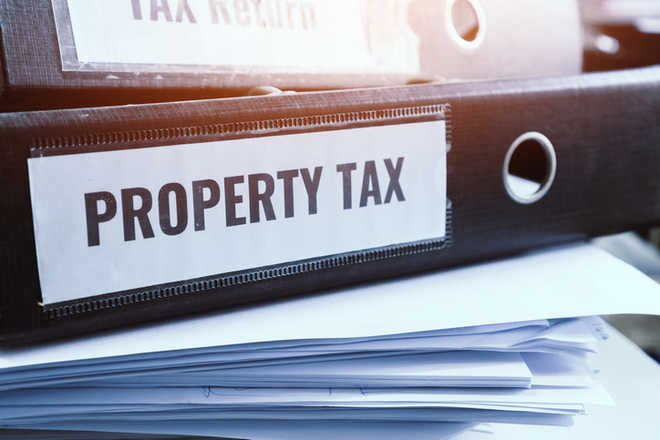 The Property Tax Department is taking action against defaulters who have not paid their tax. Today, action was taken against 10 properties in the Kala Sanghian Road and Ghas Mandi road areas. The properties were sealed and the pending amount was recovered from the defaulters.

As the financial year is coming to an end, the MC has started a drive and trying to meet the target of recovery of Rs 40 crore from property tax. Till now, the department has recovered Rs 26.5 crore.

Till mid-January, Rs 24.5 crore was recovered, however, officials have now claimed that Rs 2 crore more had been recovered in the past month.

In the Budget 2020, the MC has set a target of Rs 40 crore as revenue from property tax. Last year also, the target was Rs 40 crore, but it could only recover Rs 28 crore.

Once the property is sealed, it is handed over to the owner after payment is made.

Yesterday, a meeting of the property tax ad hoc committee was held where the chairman of the committee asked officials to tell everyone about the one-time settlement policy under which those persons who had failed to deposit the house tax or property tax may deposit the principal amount in lump sum with a rebate at the rate of 10 per cent of the amount, being deposited within a period of three months from the date of issue of the order as a one-time settlement.