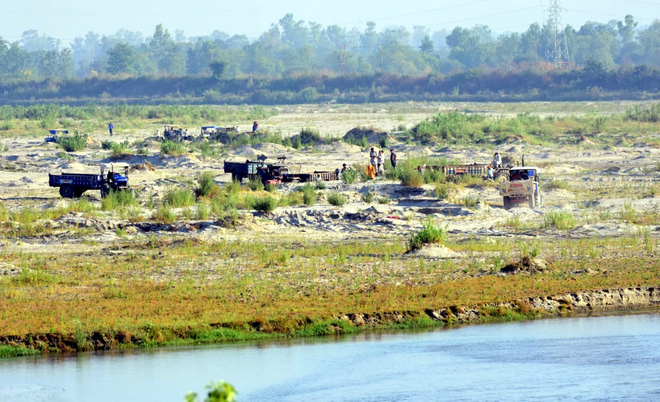 The mining in the riverbed and 100 metres from the bridge is banned during the monsoons because of the threat of flash floods.

Illegal mining of sand and gravel in the Swan river in Una district is going on with impunity, mainly during early morning hours. The mining mafia uses a large number of tractor trolleys to carry out the illegal activity near the main bridge over the Swan that connects Santoshgarh with Tahliwal. The mining in the riverbed and 100 metres from the bridge is banned during the monsoons because of the threat of flash floods. Still the authorities concerned have turned a blind eye to the illegal activity in the river.

Leader of the Opposition Mukesh Agnihotri had taken up the issue of illegal mining in the Swan in the Himachal Pradesh Vidhan Sabha time and again. He had said that the state was losing revenue worth crores of rupees by way of royalty and Goods and Services Tax (GST) due to illegal mining in the river.

Many times the police had confiscated tippers used for mining. Most of the stone crushers and mining leases in Una district are for the river.

However, illegal mining is now threatening the canalisation project on the Swan and also severely damaging the ecology of the river.

According to Prabhat Bhatti, an environmental activist, the area where illegal mining is taking place is the habitat and breeding ground of rare bird species such as Sarus crane.