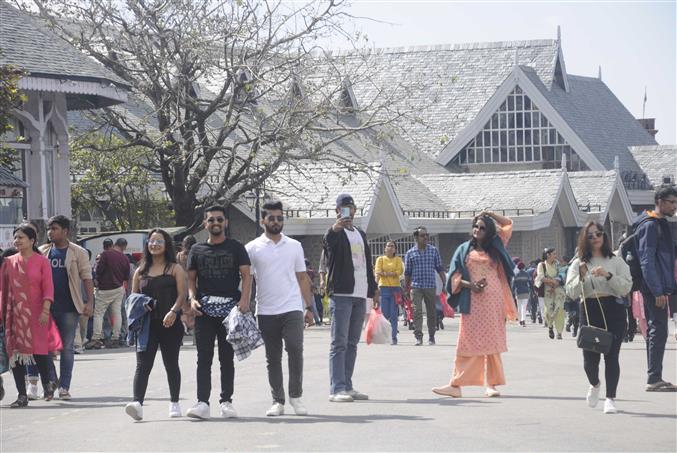 Tourists enjoy a stroll on The Mall in Shimla. Photo: Lalit Kumar

The Southwest monsoon, set in on June 29 in Himachal, withdrew from the state today with normal rainfall. The state received 716.7 mm rains against normal rainfall of 734.4 mm, a deficit of just two per cent which is considered normal.

The monsoon remained in the weak mode with 1 to 2 spells of light to moderate rainfall in the last week of September and started retreating in lower parts of HP on September 29.

As many as 435 persons have died in rain-related incidents during the monsoon and the state has suffered a loss to the tune of Rs 2,192 crore.