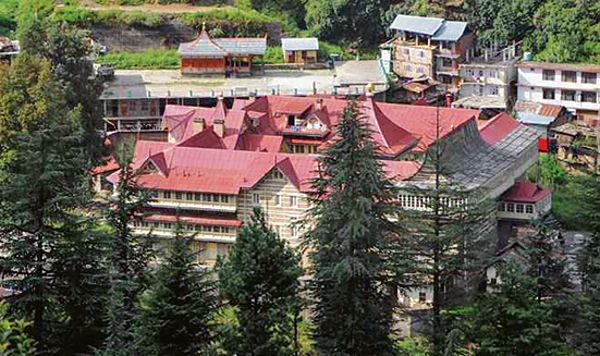 Acceding to the demand of the hotel industry, the state government today issued new Standard Operating Procedures (SOPs) for hotels and guesthouses.

Even as the government has made further relaxations in conditions for allowing the entry of outsiders into the hill state, the number of tourists keen on visiting Himachal, including Shimla, Dharamsala and Kullu-Manali, is almost nil.

As per the new SOPs, the mandatory stay has been reduced to two days from five days, no Covid test is required for children below the age of 10 and a negative Covid test report of adults can be up to 96- hour old.

It has been recommended that the IT Department should have a separate category of applications under the ‘tourist category’, which must be dealt with within 24 hours, failing which it will be deemed to have been approved. The driver who will drop the tourists, whether in a taxi or a private vehicle, will be exempted from quarantine. In case of a guest testing positive, only the room occupied by him or her will be sealed for 24 hours after cleaning.

Although the government was forced to make some further relaxations in allowing free access to outsiders, including Himachalis living outside the state, the people of the state in general are in favour of proper regulations and monitoring of the entry of outsiders rather than opening the borders completely. Yesterday, a total of 15,432 persons applied on the Covid portal for registration to visit the state, of which 10,311 had been granted permission.

Sources in the IT Department, which is regulating the portal, said the total number of pending applications under various categories for entry into HP had mounted to 18,511. This was primarily due to the non-mention of one’s address, either from the place of departure or at the arrival end, which was mandatory to facilitate tracing in case anybody tests positive. Some people did not not fill the column which specified whether they were coming from a high-load area.

The highest applications (3,418) for gaining entry into Himachal have been received in Solan district, which houses the Baddi-Narotibala-Nalagarh industrial belt, followed by Una 3,039 applications, Kangra 3,217, Shimla 1,310 and Sirmaur 1,305 applications.