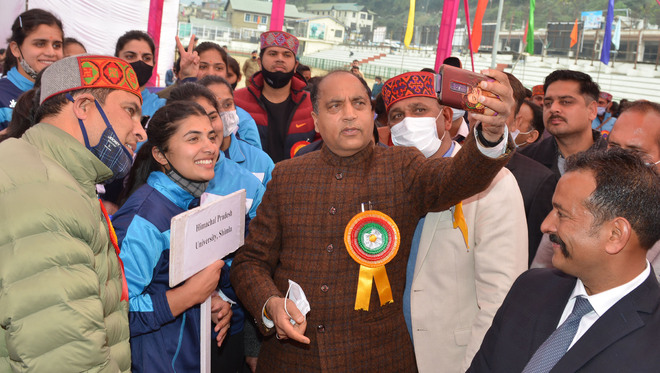 He said that the event would provide an appropriate platform to kabaddi players from different states to showcase their skills and they would get an opportunity to participate in national and Asian games.

Thakur said a new Sports Policy would be implemented in the state to promote sports, encourage talented youth and develop sports infrastructure, which would benefit the players in a big way.

The state government was making efforts to nurture sports talent, he said. Under the Mukhyamantri Yuva Khel Protsahan Yojana, one playing field had been constructed in every Assembly segment, he added.

“To provide employment to talented sportspersons, the state government has made a provision of three per cent reservation under which 220 players excelling in different sports have been provided jobs in various departments, corporations and boards,” he said.

He lauded the players who had brought laurels to the state at the national and international levels in various sports events. He exhorted the youth to take advantage of the opportunities available in the sports sector for a bright career and all round development of their personality.

YP Sharma, principal of Vallabh Government Postgraduate College, felicitated the Chief Minister and other dignitaries. Programme coordinator Sunil Sen gave detailed information about the championship. He said that about 400 girl students from 32 universities of the country were participating in the championship.