No cutting of hills in Himachal without permission of Town and Country Planning director: High Court : The Tribune India

No cutting of hills in Himachal without permission of Town and Country Planning director: High Court 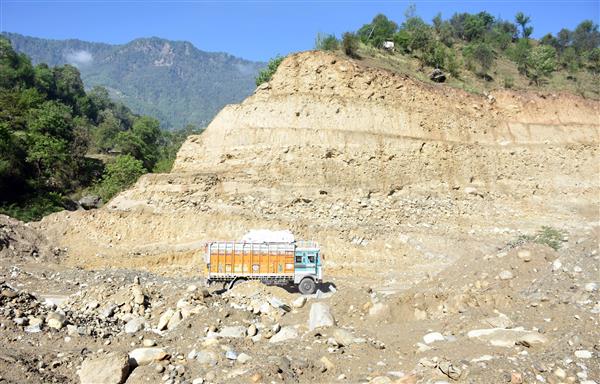 Taking a tough stand on the issue of indiscriminate and haphazard constructions in the hilly area, the Himachal Pradesh High Court has directed that there would be no cutting of hills in the entire state, unless permission is obtained from the Director, Town & Country Planning (TCP).

The court further directed before granting permission TCP Director will call for a report and “No Objection Certificate” from the Pollution Control Board.

The court passed this order on the last working day of the court before vacations on a PIL filed by Kusum Bali highlighting the indiscriminate and haphazard constructions in the hilly area.

The court directed the State to frame a policy document in respect of conservation and preservation of hills and cutting of hills in the State, in consultation with Department of Environment, Science and Technology and Pollution Control Board.

The court further directed the Director, TCP to take steps to prepare and publish the draft Regional Plans for all the Districts in the State after carrying out necessary survey of the regions and preparing an existing land use map.

It further directed that the Regional Plans would also indicate/provide for “No Development Zones” for conservation and preservation of areas in their natural state, particularly the hills.

While passing these directions the court observed that “ we hope and trust that the authorities of the State Government comply with this order in letter and spirit so as to save this beautiful State from further haphazard and indiscriminate constructions/development activities, particularly by cutting hills, which is causing immeasurable harm to the environment and which is in violation of the principles of sustainable development, not to mention the risk to the lives and property of occupants on account of any possible mishap of such building whose construction may be substandard and/or the building being constructed without taking into account the slope stability and sub–soil conditions”.