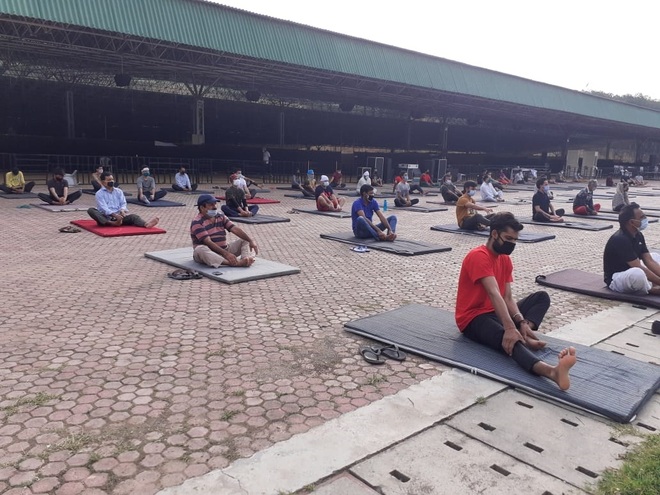 The issue of allowing the Radha Soami Satsang sect to sell land donated by its followers has been put on the hold for the time being as the Cabinet decided not to grant permission.

The issue came up for discussion at today’s Cabinet meeting. A presentation was made by the Revenue Department, which had received the plea for granting special permission to the religious sect to sell the land that has been donated by the followers over a period of time at various locations in the state.

Sources said Revenue and Irrigation and Public Health Minister Mahender Singh expressed his reservation over giving any such permission to the sect. He is learnt to have said that he would not like to be party to any such decision which was in gross violations of the laid down norms. Finally, no decision was taken on the issue despite a senior minister and two top bureaucrats vehemently advocating the case of the sect.

Even though there is a lot of pressure on the government to allow the sect to sell its land but it is clear that this will be in violation of the norms. While allowing these religious institutions to hold excess land, there was a clear provision which says they could not sell, mortgage or dispose of such land held over and above the permissible limit. As such, allowing them to sell land would be illegal. Moreover, if the Radha Soami Satsang is allowed to sell land, it will not have to seek permission under Section 118 of the Land Reform and Tenancy Act as it already enjoys the status of agriculturist.

The move to allow the sect to sell donated land would have come in for sharp criticism as similar exemption would be sought by other religious sects as well. Now it remains to be seen if the Government has rejected the plea of the sect or permission could be granted later.