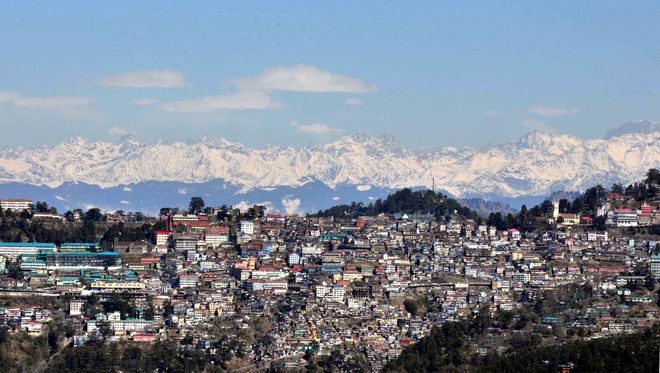 The NGT has also declined to allow any new construction in the green and core areas of the city.

The government’s plan to provide relief to the owners of unauthorised structures, especially in the Shimla Planning Area, has suffered a major setback with the National Green Tribunal (NGT) reiterating its resolve not to make any relaxation in the construction norms or allow compounding of violations.

The government has time and again been assuring the owners of the buildings, raised in violation of the norms, that it will seek relief from the court. The government is keen that the restriction of two floors and an attic limit within the Shimla Planning Area must be relaxed.

NGT orders put a question mark on the proposed installation of the lift, remodelling of the roof at Ellerslie, the secretariat, besides construction of parking and new buildings.

The highest number of unauthorised structures exist in the Shimla area. The court has also declined to allow any new construction in the green and core areas of the city. The owners too have been pressuring the government to seek relief from the court.

“The concept of compounding cannot be permitted to be used and to destroy natural resources, environment and ecology. There will be no regularisation of the unauthorised constructions within

the core and green areas,” the court has observed, eliminating any possibility in relaxation.

The Shimla Development Plan, which has been in the process of formulation for the past over one decade, is yet to see light of the day. Despite the repeated court directives, the draft plan is yet to take a formative shape. The state capital is still growing on the basis of the 1979 Interim Development Plan.

There is a complete ban on new construction in 17 green belts that had been carved out in December 2000 to act as lungs of the town. The government’s efforts to get partial relaxation in the belt too have not succeeded. In case of green and core areas, only reconstruction or alteration is allowed under the strict supervision of the Implementation Committee, constituted on the directions of the NGT.

In light of the latest NGT order, the possibility of the court taking a lenient view or even giving some relaxation seems bleak. A question mark has been put on the proposed installation of the lift, remodelling of the roof at Ellerslie, the Secretariat, besides construction of parking and new buildings.