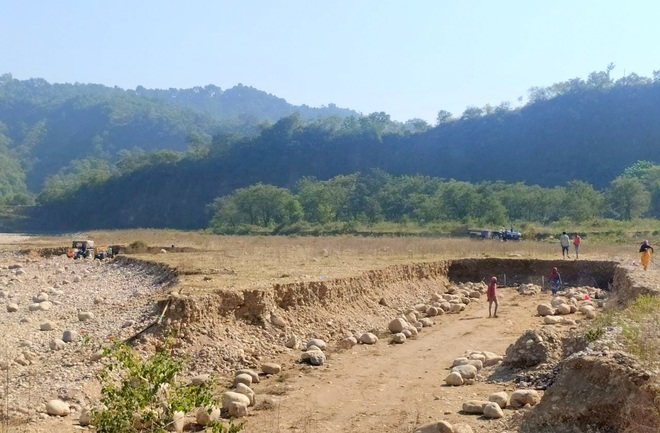 The mining mafia is carrying out illegal activity relentlessly. It has not even spared forestland in Jaisinghpur and Palampur of Kangra district. As little material is left in the leased areas of rivers and rivulets, the mafia is now extracting sand and stones from the reserved forests in board daylight.

The Forest Department is aware of the situation but has not acted against the culprits. Green forests, as a result, are under threat in these two subdivisions. A number of tractor-trailers transporting mined material can be seen often. In Bandhau and Bairghatta villages, deep trenches have been dug to extract sand, stones and gravel from forests adjoining Mol Khud.

Villagers say that they have been opposing illegal mining, but there has been no decline in the activity. They had also approached the mining, police, and forest departments but no action had been taken against the mafia.

As a result, a number of natural water resources are drying up, the water level in local rivulets has gone down, rivers are facing the problem of soil erosion leading to floods and fertile land has gone barren.

Mol Khud passing through these villages has emerged as the biggest centre of illegal mining where several tippers and tractors can be seen extracting material from riverbed and the forestland. The mining mafia has also constructed roads through forest and government land to reach the sites.

The state forest, police and mining departments have failed to enforce the directions of the National Green Tribunal (NGT) and the government to earmark the areas allotted for mining with flags so that illegal activity could be curbed.