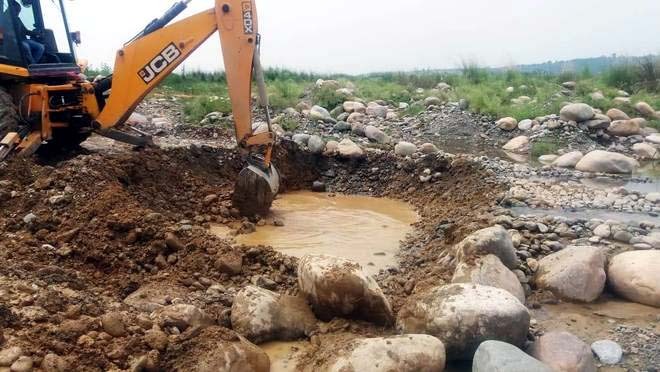 The HP Government has filled the post of Mining Officer (MO) at Nurpur that had been lying vacant for the past eight months. It had resulted in blatant illegal mining activities, especially in lower Kangra areas bordering Punjab.

The Tribune had carried a story, ‘No officer, mining mafia thrives in Nurpur’ in these columns on December 20. As per the sources, the state government took cognisance of the story and issued transfer order of an MO posted at Solan on December 23.

Kulbhushan Sharma, the MO who joined here on Monday, told The Tribune that he would try his best to check illegal mining activities in lower Kangra areas comprising Nurpur, Jawali, Indora and Fatehpur subdivisions bordering Punjab. He said an action plan would be prepared, in coordination with other government departments, including the local administration and the police. The focus would be to encourage legal mining and simultaneously generate revenue for the state exchequer, he said. “Stringent action will be taken against illegal mining being carried out on the riverbeds during night hours,” he said.

The post of the MO had been created here in 2016-17 during the previous Virbhadra Singh government after spurt in illegal mining in Chakki, Chhonch and the Beas in the lower Kangra. The MO posted was transferred to Una in April.