One more train restored in Kangra : The Tribune India

One more train restored in Kangra 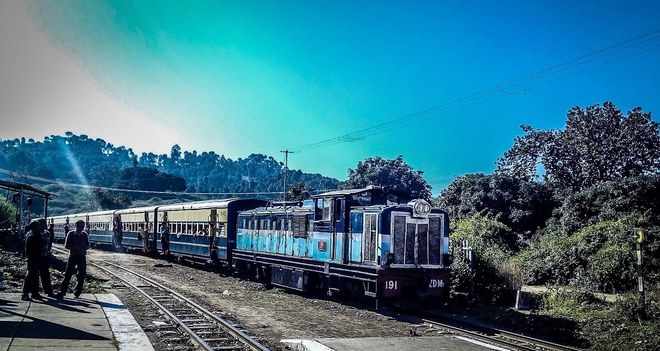 The train runs between Pathankot and Jogindernagar. Tribune photo

The railway authorities have restored one more train on KV rail line between Pathankot and Jogindernagar. The train was suspended in April 2021 because of Covid pandemic. Now total six trains are plying on this section daily, including one express train.

The railways had already made five trains operational on this section last month. Out of six trains, one will be connected to Jogindernagar while five will terminate at Paprola. The Railways had introduced new rail engine in these trains which have the capability of generating higher speed.

“The six trains made operational are covering 33 stations and pass through important places like Nurpur, Jawali, Jwalamukhi Road, Kangra, Nagrota Bagwan, Chamunda, Palampur, Baijnath and Jogindernagar, which are also the major tourist attraction centres of the state,” he added.

In the absence of train services, people were facing a lot of difficulties while commuting. The daily commuters were the worst hit. Besides, the tourist visiting Kangra valley were missing the toy train.