One-way traffic plan in Nurpur only on paper 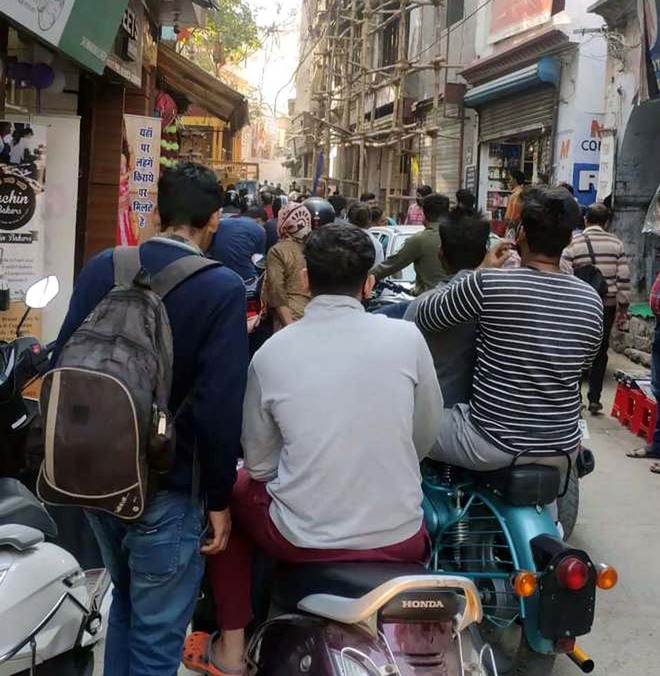 Vehicles stuck in a jam in a Nurpur market. Tribune photo

The violation of the one-way traffic rule, leading to frequent jams in the markets of the town, has become a nuisance for commuters.

According to the plan, the entry of four-wheelers is allowed from the Chogan side while the exit is permitted from Niazpur and the Court Road. All entry and exit points are connected with the Pathankot-Mandi National Highway. The one-way traffic is effective from 8 am to 8 pm, but there is no mechanism or monitoring of offenders.

Besides, the entry of heavy vehicles has been allowed from 8 pm to 7 am but loaded commercial vehicles can be seen plying during restricted hours too. Only one Home Guard jawan has been deployed on one exit point at Niazpur while there is no checking on other notified exit and entry points in the town.

The administration, in collaboration with the MC, had also introduced the Innovative Traffic Management System (ITMS) on July 6, 2015, under which two automatic barricades equipped with CCTV cameras were installed on Court Road and Niazpur. Intriguingly, these barricades have been lying defunct for the past over three years. Habitual offenders exit from the entry point, causing traffic jams in the markets.

Nurpur DSP Surinder Sharma said he would review the traffic plan and call a meeting with the Beopar Mandal to enforce it strictly.