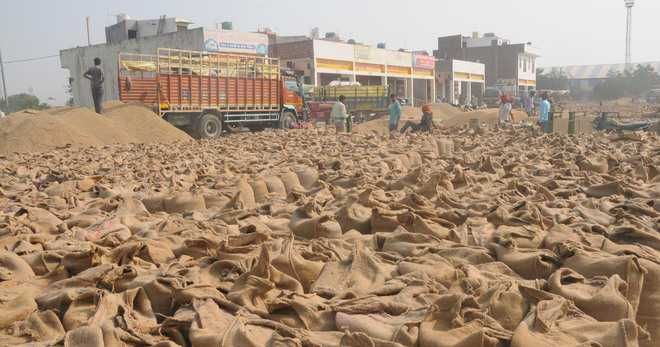 The Food Corporation of India (FCI) has procured more than two lakh quintals of paddy in the state. In a special move, the payment for the paddy purchased is also being made within 24 hours and more than Rs 38 crore has been transferred to the bank accounts of around 4,000 farmers through direct transfer.

The FCI has bought paddy from farmers through the Agricultural Produce Marketing Committee (APMC) at nine procurement centres in the state, said a spokesperson for the Agriculture Department here today. The procurement started in October at various centres in Sirmaur, Una, Kangra and Solan districts.

The procurement centres have been set up at Haripur-Tohana, Kala Amb and Pipliwala in Sirmaur district, Takarla Mandi and Tahliwal in Una district, Fatehpur Mandi and Indora in Kangra district and the Nalagarh Mandi and Malpur in Solan district. So far, around 2,14,311.95 quintals of paddy has been procured through these centres from 4,474 farmers.