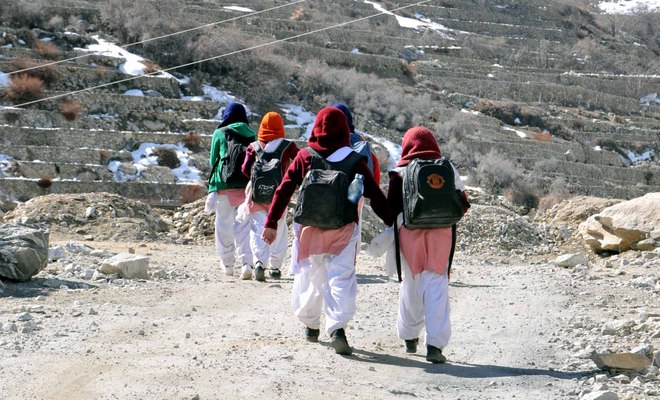 The Covid-19 pandemic, which hit the economy badly and caused a sharp fall in incomes, has proven to be a blessing in disguise for the state Education Department, struggling to check the flight of students from government to private schools.

The Covid-19 pandemic, which hit the economy badly and caused a sharp fall in incomes, has proven to be a blessing in disguise for the state Education Department, struggling to check the flight of students from government to private schools. As many as 29,374 students have shifted from private to government schools in middle, secondary and higher secondary level this year. 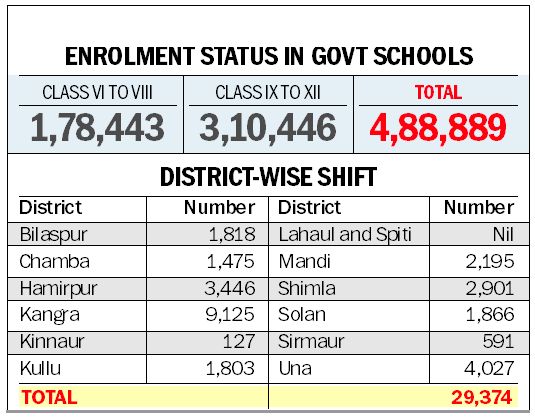 As per the data compiled by the Department of Higher Education after the completion of the admission process for session 2021-22, the enrolment in Class VI to VIII and Class IX to XII was 1,78,443 and 3,01,446, respectively, as on September 23. The numbers have witnessed an increase of 29,374 pupils as compared to the preceding year, implying that there was a shift from private schools to government schools during the pandemic period.

The trend has been attributed to a number of factors, with the main being the drop in incomes due to the loss of business and jobs. In many cases, the death of earning family members, cut in salaries and online teaching forced the parents to opt for government schools.

Better facilities, sound infrastructure, spacious classrooms, well-equipped laboratories, rich collection of books in libraries and playgrounds gave an edge to private schools but during the pandemic, with the outdoor activities suspended, the difference between private and government schools had diminished. Further, the high fee structure and annual fee hike by private schools was a burden for middle-class families, who had little option but to pull their wards out of private schools.

Amarjeet Sharma, director of Higher Education, said the state government had launched the “Har Ghar Pathshala” programme for effective online teaching in government schools, which was closely monitored for constant improvement, coupled with regular assessment of students and remedial steps to improve learning levels of weak students. It had played a significant role in attracting students to government schools.