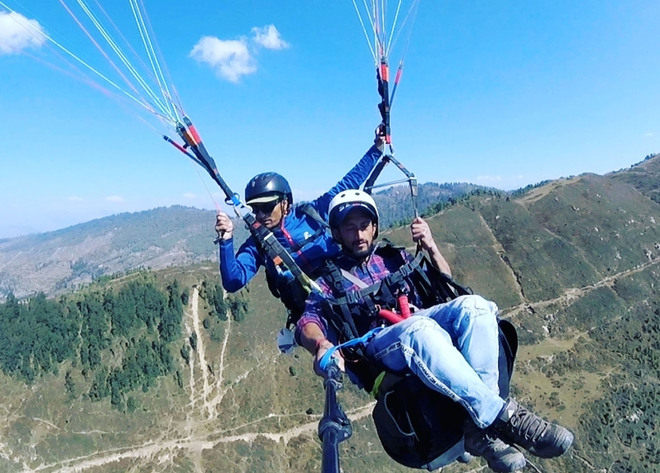 State agencies have come under scanner following rising paragliding mishaps at Bir Billing. In the past five years, over 24 gliders have crashed at different places in Kangra and adjoining Mandi districts killing 10 pilots, including foreigners.

State agencies have come under scanner following rising paragliding mishaps at Bir Billing. In the past five years, over 24 gliders have crashed at different places in Kangra and adjoining Mandi districts killing 10 pilots, including foreigners.

Several organisations and victims’ kin have demanded a complete ban on paragliding till proper rules are incorporated and separate agencies constituted by the state government to implement the same.

Billing in Kangra district is among the top paragliding sites in the world. The place has regularly been hosting the prestigious Paragliding World Cup. But in the absence of rules to govern the sport, it has started courting controversies.

Only last month, Canadian pilot Cheval Christian Yaves Mare was killed when his paraglider crash-landed near Bir. Cheval was flying alone when the tragedy occurred. He had no knowledge of topography of Dhauladhar ranges which led to mishap. In another mishap in February 2020, 24-year-old para glider Akshya and co- pilot Shyam Lal were killed. Both had taken off from Billing but were untrained.

Likewise in 2018, a Singaporean pilot Kok Chang had died after his glider crash-landed in high mountains of Dhauladhar hills after he took off from Billing. His body was spotted by rescue teams after many days. Earlier two Russian pilots were killed in similar mishaps

Two years back, Max Kent McGowan, a US pilot, remained stranded in snow-covered mountains for 60 hours after taking off from Billing when his glider moved in wrong directions bordering Chamba district. He had to land at Bir after two hours but heavy rain, snowfall and high velocity wind forced him to land in high mountains.

He had neither insurance cover nor permission from the administration to fly.

Besides, other two foreign pilots one Russian and Latvian sustained serious injuries when their gliders crashed near Jhatingari in Mandi district and in Bundla hills of Palampur.

Both the pilots had flew from Billing.

It is on record that the bodies of many pilots remained untraced till date. Even their gliders were not spotted.

Though the state tourism department has laid down the rules and guidelines in this regard these rules are hardly followed. The authorities normally swing into action and some checking is done when the media highlights illegal flying.

As per Aero Space Rules laid down in the year 2004 the state government has made mandatory to have a licence for the pilot issued by Aero Sport Society of India, carry internationally homologated design parachute with helmet, have two-way radio communication system with instrument panel, altimeter, barometer and compass

with speed indicator and two first aid kits equipped with medicines and bandages.

Besides, there should be ground support with a retrieval vehicle, insurance cover for two persons in tandem flights and insurance support for arranging helicopter in the case of emergency.