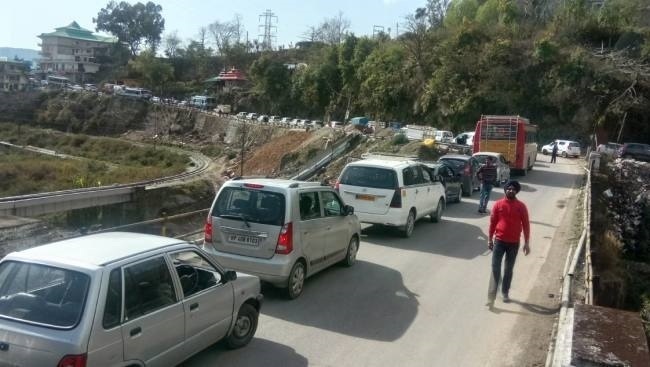 There is no headway in land acquisition for the Rs 8,000-crore Pathankot-Mandi highway widening project in the last two years. The land acquisition process was suspended in December 2018. The foundation stone of the project was laid by Union Road Transport and Highways Minister Nitin Gadkari in 2017 and it was to be completed by 2023.

May be delayed by five more years

In the present scenario, the Pathankot-Mandi road project is likely to be delayed by five years, further escalating the cost of the works from Rs8,000 crore to Rs15,000 crore.

In the present scenario, the Pathankot-Mandi road project is likely to be delayed by five years, further escalating the cost of project from Rs 8,000 crore to Rs 15,000 crore.

Information gathered by The Tribune revealed that as per the original plan, the land acquisition for the project was to be completed before December 2018. However, till date, the state government could acquire land only for the first phase of 40 km of the project between Chakki and 32 Mile. There is no headway in land acquisition for the remaining four phases of 180 km. As a result, the NHAI had not been able to call global bids for the project.

The Central Government has already released Rs 300 crore to the state government to meet the cost of land to be acquired for the highway.

A senior NHAI official said that as soon as the land was handed over to them, the process to invite global bids for the project would be started. He added that for the first phase between Chakki and 32 Mile, the land acquisition process had been completed and taking possession of the land was in process. However, in the remaining four phases, speedy action was required for land acquisition, he added.

Since the alignment of the road has completely been changed between Pathankot and Joginder Nagar, land is needed for the construction of eight bypasses, three tunnels, three railway over-bridges and three flyovers.