In last one week, three tourists have been washed away in Parbati 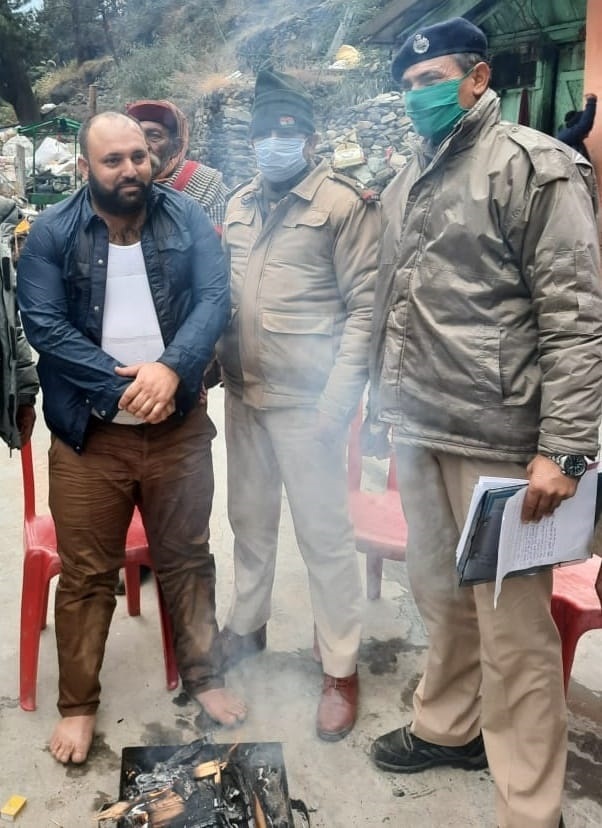 The tourist who was rescued by the police in Kullu on Saturday.

A police team, assisted by Streamline Adventure Mountain Search & Rescue managing director Yograj, was able to rescue a tourist from Patiala who fell into the Parbati river near the Galu bridge in the Manikaran valley today. Kullu SP Gaurav Singh said Gurwinder Singh (32) had slipped and fallen into the river and had somehow gotten stranded on a rock. He said on receiving information, the police rushed to the spot and rescued him.

He is the fourth tourist who fell into the Parbati river in the last one week.

The administration and the police have installed warning boards at various places along the river, but many times tourists ignore these boards due to which mishaps occur. There are many areas along roads, where rivers are easily approachable. The mining mafia, too, create new roads on riverbeds, which prove to be risky for tourists.

On June 8, 2014, 24 engineering students from Hyderabad were washed away into the Beas near Thalaut in Mandi. After this incident, the Himachal Pradesh High Court had directed the government to plug illegal routes. Many such routes were dismantled but new ones keep popping up with the passage of time.

Residents said such incidents could be reduced with the channelisation of the Beas. The plan to channelise the Beas from Manali to Aut has been hanging fire for long.