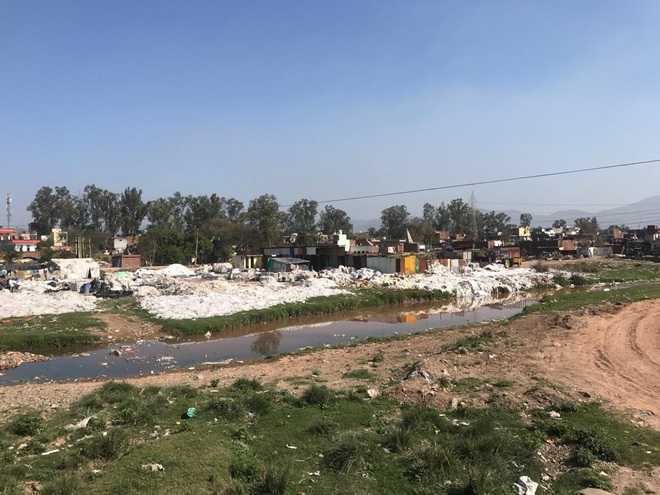 The National Green Tribunal (NGT) has come down heavily on the State Pollution Control Board (SPCB) for its failure to prevent the discharge of toxic industrial effluents from pharmaceutical units into the Sirsa river in the Baddi area.

In orders pronounced by a Principal Bench on June 23, the NGT stated that such failure of the statutory duty is at the cost of public health and protection of the environment.

An analytical study undertaken by the SPCB reveals that the Common Effluent Treatment Plant (CETP) commissioned to treat industrial effluents at Baddi is not meeting the norms and discharging effluents without proper treatment into the river. Its treatment efficiency for residual antibiotics is also not on a par with prescribed norms.

The concentration of residual antibiotics such as ciprofloxacin and ofloxacin was 1,139 and 348 times, respectively, higher than the draft standards notified by the Ministry of Environment, Forest and Climate Change (MoEFCC).

Samples drawn from several places show antibiotic discharge into the surface water and subsoil water. This can cause harmful antibiotic resistance among the humans and animals and can reduce their chances of recovery from diseases while also proving fatal.

Since 100 per cent random test positivity has been found in the study, it appears that the whole lot of polluting antibiotics are being discharged onto the surface and subsoil water, which is worrisome.

Moreover, since pharmaceutical units located at Nalagarh and Barotiwala are not connected to the CETP, they were discharging their effluents directly into the rivers.

The NGT took strict note of the fact that board officials pinned their inaction on the fact that the MoFECC had not revised the standards for residual antibiotics. The board has been directed to lay down standards under Section 17 of the Water Act. It has also directed the ministry to expedite the process of finalising these standards.

A joint committee comprising a nominee of the ministry, Central Pollution Control Board, SPCB and District Magistrate has also been directed to file a report of violation and remedial action taken within three months.

A report on the performance of individual pharmaceutical units, particularly regarding the removal of residue of active pharmaceutical ingredients as well as by the Common Effluent Treatment Plant is supposed to be submitted in three months. The report will also take into consideration the number of pharma units connected to the CETP and those discharging effluents directly into the drain and the river and affecting the chemical and biological quality of the Sirsa and Sutlej rivers.