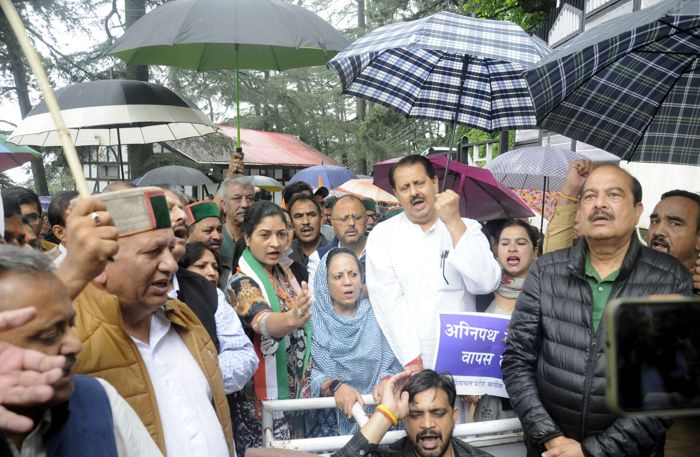 Congress state chief Pratibha Singh with other party leaders outside the Raj Bhawan in Shimla on Friday. Photo: Lalit Kumar

Led by HPCC president Pratibha Singh, Congress leaders and workers held a protest in front of the Raj Bhawan here today “against the failure of the Central Government to check price rise and unemployment”.

Pratibha said that the Central Government was misusing investigative agencies like the Enforcement Directorate (ED) and the Income Tax Department to harass political opponents.