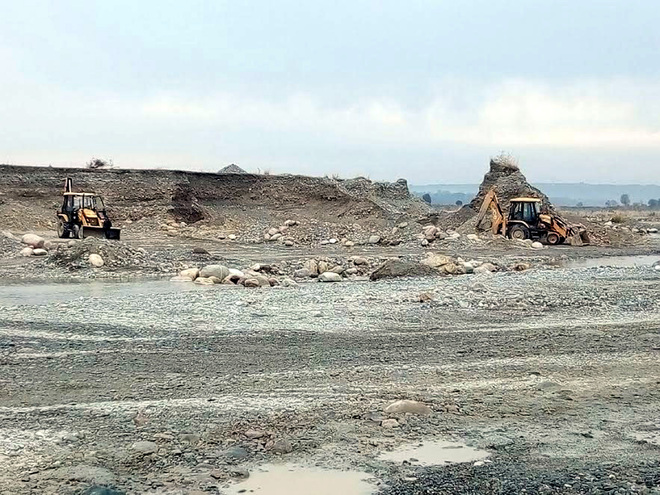 Una police has forwarded details of assets of 20 accused in cases of illegal mining in the district to Enforcement Directorate (ED) for further action. The accused were owners of tippers, JCB machines and tractor trollies that were used in illegal mining in Swan river of Una district. Most of the accused are from Punjab while a few are from Himachal. The properties details which have been shared with the ED are worth about Rs 3 crores.

Sources here said that the investigations by Una police have revealed that the owners of tippers and JCB machines in most of the cases did not have enough sources of income to buy machinery that costs between Rs 25 lakh and Rs 40 lakh. The police suspects that in many cases the tippers and JCB machines being used for illegal mining in the district were benami properties of other people making it a case for money laundering and investigation by the ED.

The sources said that the police has conducted inquiry into sources of income of owners of JCB machines and tippers and found that they did not have sources to income to buy such costly machinery.

The accused, whose details have been shared with ED include Kapil Sharma, a resident of Ayal village in Una district. His JCB was found involved in illegal mining in October in Swan river.

SP Una Arjit Sen, when asked, admitted that the details of accused have been sent to ED for further investigations. He said that the ED is yet to register a case in the matter but the Himachal police has provided them all evidence collected against the accused to the central agency.

It was for the first time that the Himachal police has carried out financial investigations against the accused in cases of illegal mining.

ED yet to register case, but details given: SP