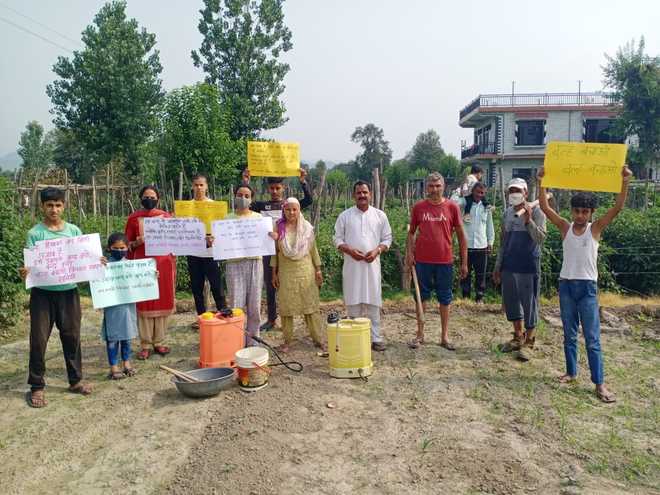 The residents of Balh valley today under the banner of Balh Bachao Sangharsh Samiti opposed the decision of the government to construct an airport at Balh in Mandi.

To express their resentment over this issue, the farmers took out a protest march holding banners and slogans, urging the government to construct an airport somewhere else in Mandi district, where less people would be affected.

Joginder Walia, president of Balh Bachao Sangharsh Samiti, said that “for this ambitious project around 2,000 families of eight villages in Balh valley will lose their agricultural land and commercial properties. Farming is the sole source of livelihood to the majority of families in Balh valley and they do not want to lose their source of livelihood for this project.” — TNS