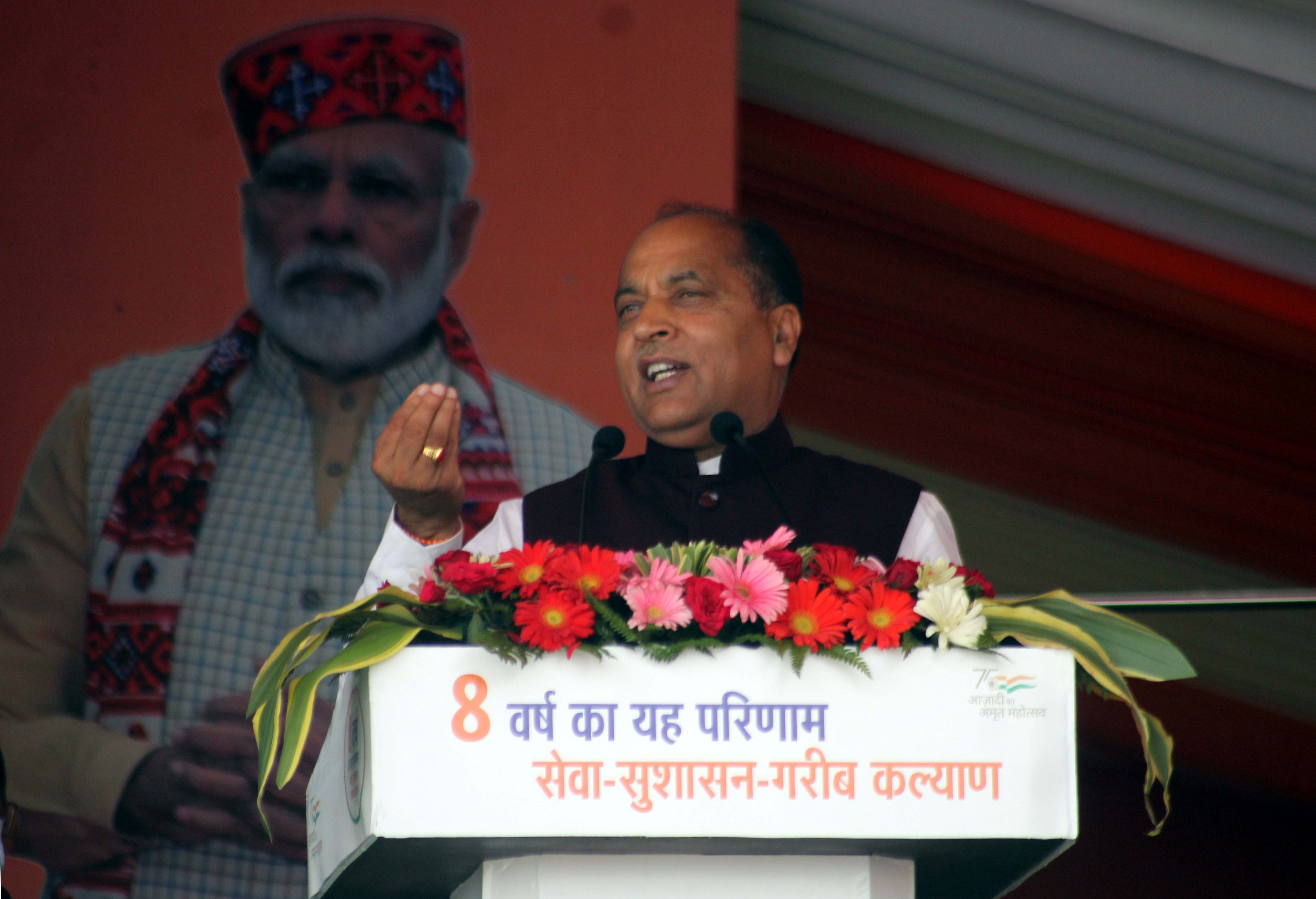 Chief Minister Jai Ram Thakur said today that organising the Garib Kalyan Sammelan here to mark the eighth anniversary of the NDA government was a historical and proud moment for the state.

I hesitantly requested the PM to walk on The Mall as people were not able to reach the venue due to space constraint and were standing along the road. The PM obliged us and walked on The Mall. — Jai Ram Thakur, CM

“Himachal is very close to your heart, which we have always seen in your eyes. I want to tell you that the people of Devbhoomi also love you and will always stand by you,” he said while recalling the Prime Minister’s special connect with the state. “The Prime Minister had traversed every nook and corner of Himachal when he was the in-charge of BJP affairs here,” he added.

Thakur said, “While on our way to the rally venue, I hesitantly requested the Prime Minister to step out of his vehicle and walk on The Mall. I told him that people were not able to reach the venue due to space constraint and were standing along the road”. The Prime Minister obliged us and walked on The Mall. It was probably a walk down memory lane for him seeing places such as Indian Coffee House that he often visited when he was the in-charge of BJP affairs in Himachal.

He added that the Prime Minister was still familiar with people and places of Himachal and he asked him whether Deepak, a BJP worker, still walks to the Jakhu temple everyday.

The Chief Minister said that it was under Modiji’s able leadership that India braved the Covid pandemic successfully and set an example for the entire world to follow.

“It is under your leadership that the BJP has again formed government in four states. I am confident that in Himachal, too, we will change the trend of a party not forming government again,” he added.