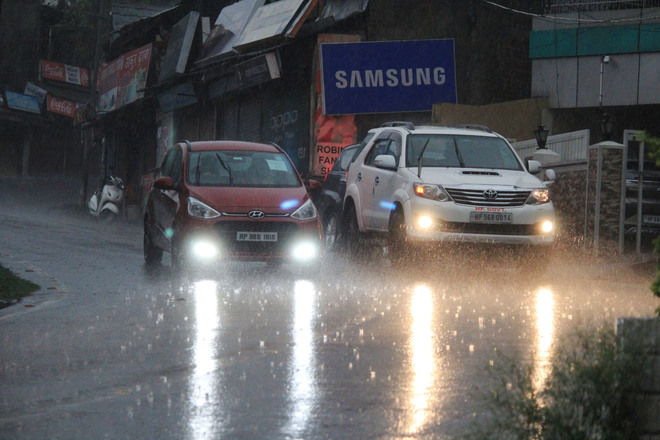 The local Met office has issued yellow warning of thundershowers and lightning and orange warning of heavy rainfall, thunderstorm and lightning at isolated places in low and middle hills in seven to 10 districts namely Una, Bilaspur, Hamirpur, Chamba, Kangra, Kullu, Mandi, Shimla, Solan and Sirmaur for the next three days and predicted a wet spell in the region till June 16.

Meanwhile, heavy rain and thunderstorm lashed Dharamsala on Thursday, bringing down temperature in the region. In the past two days, the day temperature had soared to 34°C.

Power cuts were witnessed in several areas of Dharamsala. Showers have brought cheer to the farmers of the region, who had been preparing to grow paddy just before the onset of monsoon.