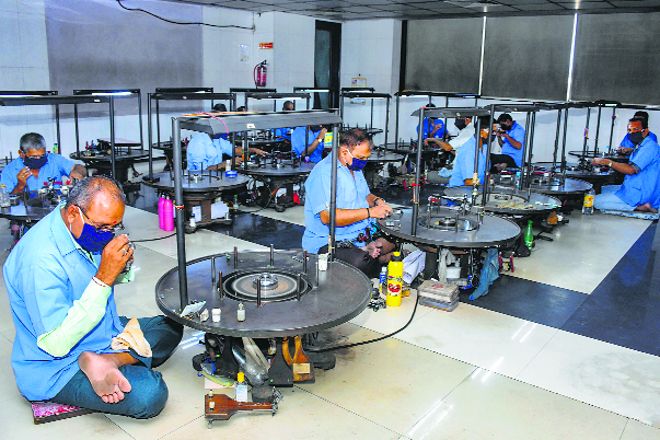 Himachal today attained the seventh rank nationally in the ease of doing business (EoDB) initiative for 2019 — a gain of nine places. It had secured the 16th position in 2018.

The state also tops the improver slot from 2015, among 10 other states. Himachal had attained the 17th position in 2015 and it has improved its score by 10 places since then.

Its neighbouring states, including Haryana, which had topped the EoDB earlier, lagged at the 16th position, while Uttarakhand fared better at the 11th position. Punjab got the 19th position.

The Department for Promotion of Industry and Internal Trade (DPIIT) had launched the Business Reforms Action Plan (BRAP) in 2014 to create an environment conducive to business by streamlining regulatory structures and creating an investor-friendly business climate by cutting down red tape.

Chief Minister Jai Ram Thakur, while congratulating the officials of all departments on this achievement, said that they should put in more efforts to improve the rank of the state further to be among the top three states. He added that major reforms to enhance transparency to access information, easing environment-related reforms, labour reforms and transfer of land and property were among the major initiatives taken by the government.

With this achievement, Himachal’s claim to get the bulk drug park has been further strengthened, as states with ranks between six and 10 will get additional points.

As many as 187 points have been taken into account to rank the states. A slew of regulatory reforms, which the state had undertaken prior to holding the investors’ meet last year, helped it improve the score significantly. Initiatives like a common application form to facilitate investors, time-bound approvals, single window clearance, creation of an investment promotion and facilitation cell and an industrial advisory council were among the key reforms undertaken.

The geographical information system for land banks created in various districts, the objective criteria for land allotment, auto renewal of consent, online synchronisation of clearances from seven to eight line departments have significantly helped in improving its regulatory framework.

Hansraj Sharma, Director, Industries, said it was a big achievement and their hard work had paid dividend.