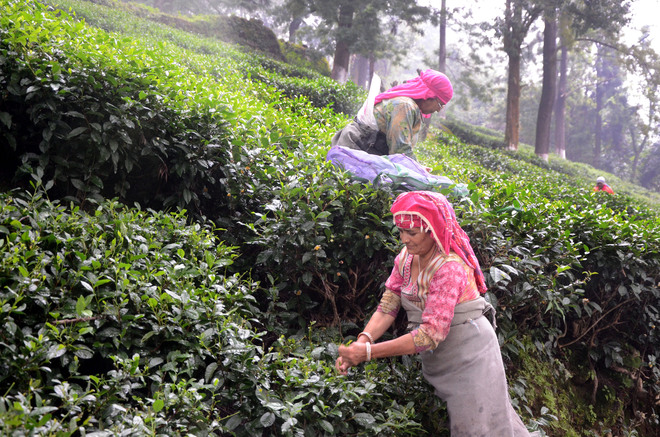 ‘Violative of spirit of Act’

Party leaders felt as long as these clauses remain in the HP Ceiling on Land Holdings Act, 1972, powerful tea estate owners will keep seeking permissions to allow sale of land under tea gardens, which is violative of the very spirit of the Act.

The committee on revenue reforms headed by Revenue and Irrigation and Public Health Minister Mahender Singh will be placing the recommendations of the committee before the Cabinet for approval.

The issue of allowing land sale under tea has been raised during successive Congress as well as BJP regime. Attempts by the tea garden owners lobby to get the previous Congress Government to allow sale of their property in the name of tea tourism failed to materialize.

Now fresh attempts were made during the present BJP rule to allow sale of land under tea gardens. A proposal has been moved during the BJP regime to allow land under tea gardens for setting up of a cantonment. The matter has been referred to the law department and Chief Minister Jai Ram Thakur has time and again reiterated the stand that he was not in favour of allowing land sale under tea as it was against the land ceiling Act.

Since the tea garden owners were allowed to retain excess land over and above the permissible limit under Land Ceiling Act, legally they cannot sell this land. An attempt had been made during the previous BJP regime in 2011 and by the Congress Government in 2015 and later in 2016 to find a way out by which sale of land under tea could be made permissible.

It was as per the Himachal Pradesh Ceiling of Land Holdings (Amendment) Act of 1999 that complete ban was imposed on the sale of land under tea cultivation and gave the government the power to acquire it if put to any other use. Tea cultivation is primarily confined to Kangra district and very small area of Jogindernagar contiguous to Palampur, which has some of the biggest tea estates.