Police chief says ultimatum served on followers; defaulters to be booked for attempt to murder

The police today served an ultimatum on all those who have history of foreign or inter-state travel, especially the people attending the congregation of Tablighi Jamaat at Nizamuddin, New Delhi, to inform the local authorities or the police, falling which they would be booked for attempt to murder. 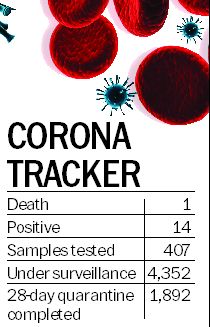 In an appeal to the people of the state, DGP SR Mardi said the disclosure of travel history (if any) was mandatory till 5 pm today after which the guilty would be dealt with sternly.

“If Covid spreads in community due to concealing of facts, a case of attempt to murder under Section 307 of the IPC will be registered, besides sections of disaster management, while death due to negligence or deliberately hiding facts will attract Section 302 (murder),” he warned. Aamir (district head) of Tablighi Jamaat would also be held responsible and booked under relevant sections if the information about the recent travel is concealed.

Referring to the suicide by a person of Jamaat who was found negative for Covid-19 in Una district due to social boycott, he said social distance did not mean social discrimination and asked all communities to be united.

Nearly 20 per cent people were suffering from depression during curfew as they had lost jobs, facing salary cut and uncertainty about future and, therefore, maintaining mental health was important and the people should engage themselves in creative work, spend time with family and do exercise, he said. 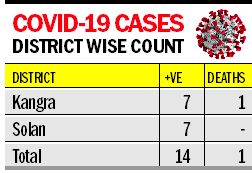 FIRs have been registered against 85 persons of the Jamaat for non-disclosure of travel history and 277 such persons quarantined. Five persons were arrested and 21 cases of curfew violation was registered today in the state taking the total number of arrest to 451. As many as 255 vehicles have been impounded and a fine of Rs 2,36,000 has been imposed.

The Chief Minister said the state government was not getting cooperation of jamaatis in tackling the spread of virus in the state.

The police have booked jamaat head Hukamdeen and launched a hunt to ascertain the identities of the activists, who are not disclosing their travel history and their contact persons. Thakur said the government was pained to know that the state was witnessing a spike in cases for the last few days. “We appeal to the jamaat to inform the CMO or DCs of the area about it and put themselves in quarantine, he added.